But it’s not the only VPN on the market. In this article, we’ll show how Hotspot Shield compares with the competition, who would benefit from an alternative, and what those alternatives are. Read on to learn which VPN is best for you.

What Are Hotspot Shield’s Strengths?

VPNs mask your online identity by encrypting your traffic and passing it through other servers. Both of these steps will slow your internet connection, especially if the server is on the other side of the world. According to my tests, Hotspot Shield slows your connection less than most other VPNs.

My naked, non-VPN download speed is normally over 100 Mbps; my last speed test reached 104.49 Mbps. But that’s around 10 Mbps faster than when I tested the other VPNs, as I purchased new Wi-Fi hardware since then.

This gives Hotspot Shield a bit of an unfair advantage. We need to be aware of this when comparing my download speeds with other services. 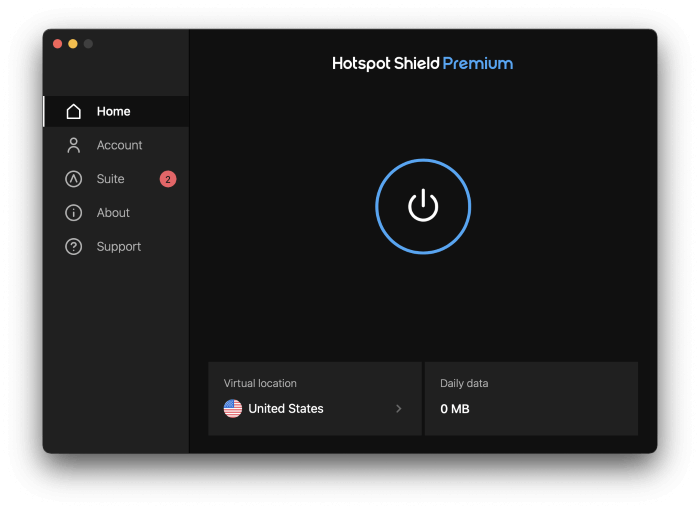 Download speeds when connected to various servers (in Mbps). Keep in mind my home base is in Australia:

The maximum speed achieved was 93.29 Mbps and the average 68.87 Mbps. That’s impressive. What’s the best way to compare those speeds with the results on my old wireless network? I think it’s fair to subtract 10 Mbps. So, for comparison purposes, let’s make them 83.29 and 58.87 Mbps, respectively.

Based on that, here’s how our adjusted figures compare to the competition:

Speedify’s fastest speed was achieved by combining the bandwidth of two different internet connections, something HotspotShield—and most others—can’t do. When using a single internet connection, they still (and Astrill VPN) offer strong download speeds compared with other services. Hotspot Shield claims to be the fastest according to Speedtest.net’s independent study, but their test didn’t include Speedify. 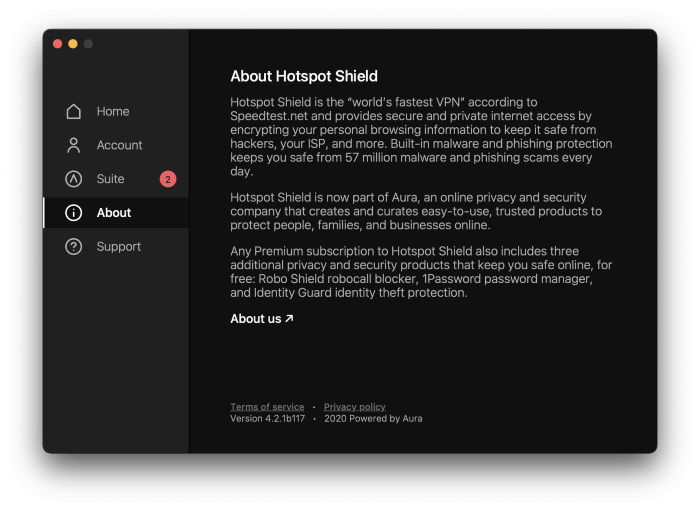 For an additional fee, you can access Hotspot Shield’s “ultra-fast” gaming and streaming servers.

All VPNs make you more secure and anonymous online by hiding your real IP address, obscuring your system information, and encrypting online traffic. Many also offer a kill switch that automatically disconnects you from the internet if you become vulnerable. However, Hotspot Shield only offers this on their Windows app.

Some VPN services offer additional security features. Here are other ways that Hotspot Shield enhances your security and privacy:

– Like some other VPNs, it offers built-in malware and phishing protection.

– Identity Guard (worth $90/year) is a bundled service that offers identity theft protection, including insurance on stolen funds and dark web monitoring. This is only available for users in the United States.

– Robo Shield, a spam call blocker for iPhones, is also bundled for users within the United States and Canada. Users elsewhere in the world get access to Hiya. 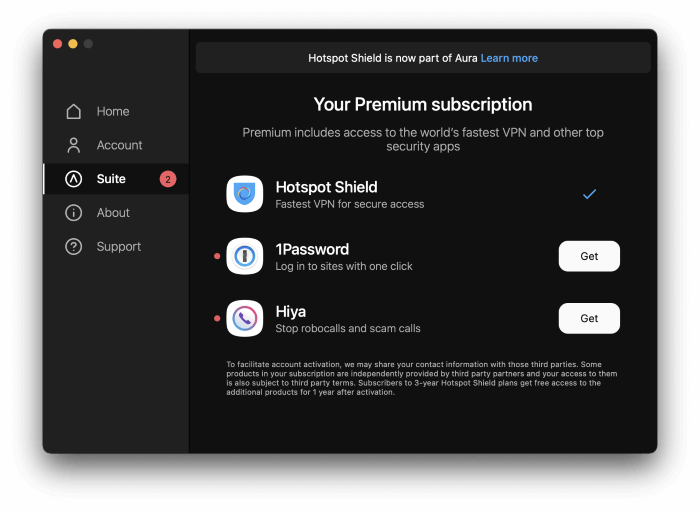 Hotspot Shield lacks a couple privacy features offered by some competing apps: double-VPN and TOR-over-VPN. Rather than passing your traffic through a single server, these use multiple nodes. They might compromise speed, which is likely why Hotspot Shield opted not to include them. According to PC World, the company’s privacy policy is not the strictest; other services may offer better anonymity.

Here are some competing services that offer enhanced security features:

Connecting to a VPN server in another country makes it appear that you’re actually located there. This can give you access to streaming content that’s not available in your own country. However, streaming services are aware of this and try to block VPN users. In my experience, they’re not at all successful at blocking Hotspot Shield.

I connected to ten different servers in three countries and tried to watch Netflix content. I was successful every time.

That makes it a service suitable for those who expect to watch streaming content while connected to a VPN. It’s not the only service that’s reliable in this area, but some VPNs are blocked more often than not.

Here’s how Hotspot Shield compares to the competition:

What Are Hotspot Shield’s Weaknesses?

Hotspot Shield has few weaknesses, but it is expensive. A Hotspot Shield Premium subscription covers five devices and costs $12.99/month or $155.88/year. Its cheapest plan is equivalent to $12.99/month. Family plans are available.

To get an idea of how expensive that is, compare that with the competition’s yearly subscription prices:

When choosing the best value plan, you pay the equivalent of these monthly costs:

Hotspot Shield is obviously much more expensive than other VPN services, but it’s a premium price for a premium service. It offers very high speed and reliable streaming for around $150/year.

But that’s not the whole story.

Don’t forget that Hotspot Shield bundles several third-party services. If you would subscribe to them, the extras make it a lot more attractive. Subtract 1Password’s yearly subscription of $35.88, and Hotspot Shield costs about the same as Astrill VPN. If you live in the United States, subtract another $90/year for Identity Guard, and its price is competitive with the most affordable VPNs.

Hotspot Shield is a wonderful choice for those willing to spend a premium on a fast, reliable VPN that prioritizes speed over anonymity. But it’s not the best alternative for everyone.

When considering the alternatives, avoid free services. You can’t know their business model, and there’s a chance they make money by selling your internet usage data. Instead, consider the following eight reputable VPN services.

NordVPN is a notable alternative to Hotspot Shield. It has reasonably fast servers, effective security features, and streams content reliably—yet it’s one of the most affordable VPNs on the market. It’s the winner of our Best VPN for Mac roundup and runner-up in Best VPN for Netflix and Best VPN for Amazon Fire TV Stick. Read our full NordVPN review. 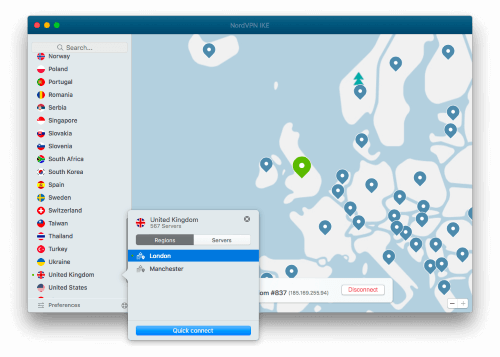 It also offers a few security features: a malware blocker (like Hotspot Shield) and double-VPN for increased anonymity. If you need a password manager and identity theft protection, you could pay for them separately and still come out on top.

Surfshark is similar to Nord in many ways. It’s almost as fast, reliably accesses streaming services, and includes an additional privacy option. When you choose the best value plan, it’s even cheaper, making it another solid alternative to Hotspot Shield. It’s the winner of our Best VPN for Amazon Fire TV Stick roundup. Read our full Surfshark review. 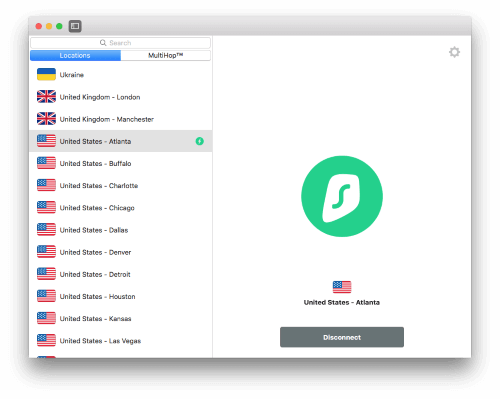 Surfshark is another VPN service that streaming content providers seem unable to block. The service offers an even more secure and anonymous experience than NordVPN by offering TOR-over-VPN and using RAM-only servers that don’t retain information when turned off.

Its download speeds are similar to Nord, though a little slower than Hotspot Shield. It also costs around the same as Nord: $2.49/month for the first two years and $4.98/month after that.

Astrill VPN is almost as fast as Hotspot Shield and almost as expensive. It was also almost as reliable at accessing Netflix content in my tests, with only one server failing. It’s the winner of our Best VPN for Netflix roundup. Read our full Astrill VPN review. 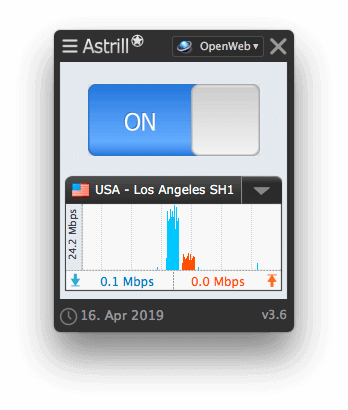 Astrill offers more robust security features. That includes TOR-over-VPN, a technology that moves a little slower but makes you more secure. That gives you the best of both worlds: speed when you need it and a slower TOR connection when anonymity is your priority.

Speedify prioritizes speed as Hotspot Shield does and is, as far as I know, the fastest VPN on the market. It can combine the bandwidth of several internet connections—say your usual Wi-Fi plus a tethered smartphone—to boost Wi-Fi speed. It’s a terrific option for those who need the fastest connection possible. Read our full Speedify review. 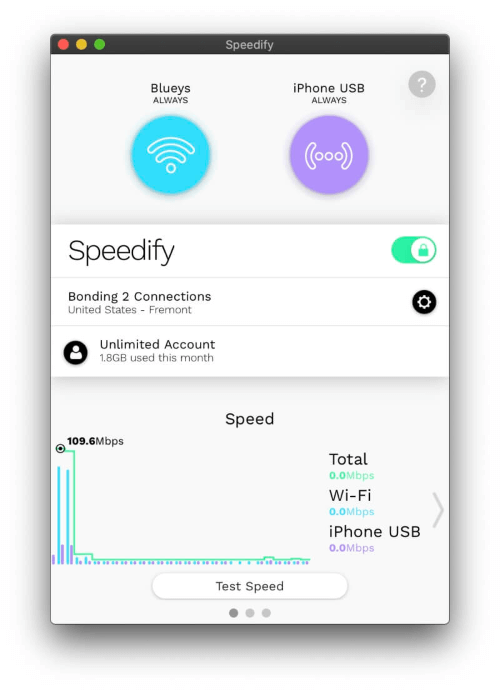 Besides being faster, Speedify is also cheaper. It’s one of the most affordable VPNs, with its best-value plan costing the equivalent of just $2.99/month.

The negatives? It doesn’t bundle additional software or include security features such as a malware blocker, double-VPN, or TOR-over-VPN. And it seems to be blocked by Netflix every time, so don’t use it for streaming.

ExpressVPN is highly-rated, popular, and expensive. I’ve been told it’s used quite a bit in China due to its success at bypassing internet censorship. This VPN was the runner-up in our Best VPN for Mac roundup. Read our full ExpressVPN review. 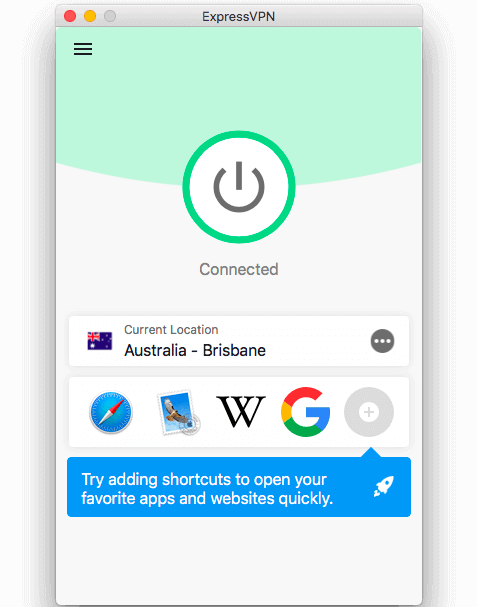 CyberGhost covers up to seven devices simultaneously with a single subscription, compared to Hotspot Shield’s five. It’s also more trusted by its users, achieving a score of 4.8 on Trustpilot compared with Hotspot’s 3.8. It’s the second runner up in our Best VPN for Amazon Fire TV Stick roundup. 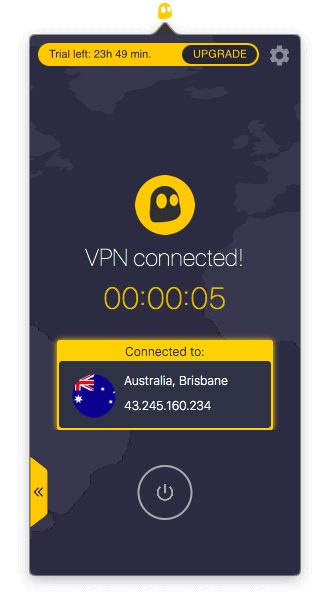 CyberGhost is noticeably slower than Speedify but is more than fast enough to stream video content. It offers specialized servers for streaming, and they work reliably. CyberGhost is also the cheapest service on our list. $1.83/month for the first 18 months is impressively affordable. Like Hotspot Shield, it includes a malware blocker, but neither app has double-VPN or TOR-over-VPN.

Avast SecureLine VPN is one product in a suite of security products by a well-known brand. This app is designed with ease-of-use in mind. As a result, only core VPN features are included. Read our full Avast VPN review. 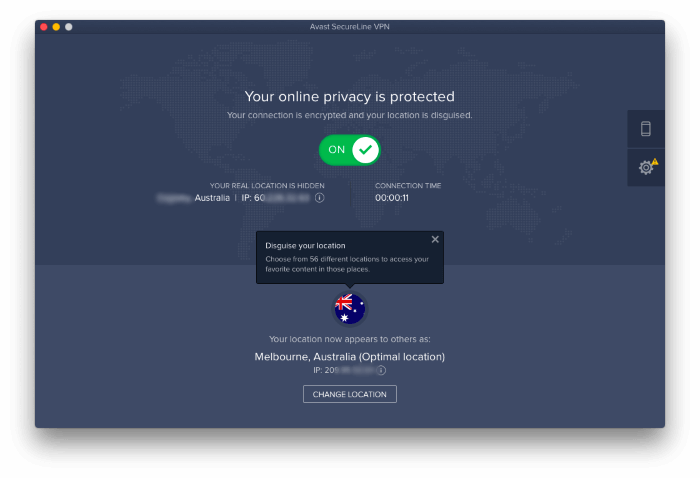 Avast Secureline achieves above-average speeds but isn’t the fastest VPN on the market. It is significantly cheaper, costing just $2.99/month.

To keep things simple, it doesn’t offer a malware blocker, double-VPN, or TOR-over-VPN. And with its focus on affordability, it doesn’t include bundled software. It’s a good choice for non-technical users and those loyal to the Avast brand.

PureVPN is our final alternative. It offers few benefits over the other services listed here. Previously, it was one of the cheapest VPNs on the market, but no longer. Price increases over the last year have made it more expensive than many other services. 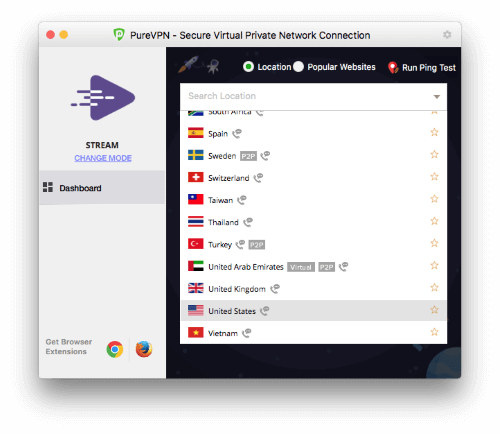 PureVPN is the slowest service I’ve tested and is unreliable at accessing streaming content. Like Hotspot Shield, it includes a malware blocker but offers no significant advantage over any of the services listed above.

Hotspot Shield is a VPN I recommend. It costs a lot but offers more than its competitors. However, other services offer similar features at better prices. As a quick review, let’s look at the services that do best in the categories of speed, security, steaming, and cost.

Speed: Hotspot Shield is fast, but Speedify is faster, especially if you use multiple internet connections. It’s also cheaper. Astrill VPN achieves speeds similar to Hotspot Shield. NordVPN, SurfShark, and Avast SecureLine are not far behind if you choose a server close to you.

Security: Hotspot Shield includes malware protection and bundles third-party security software, including Identity Guard, 1Password, and Robo Shield. However, its privacy policy doesn’t go as far as some other services, and it doesn’t offer enhanced anonymity through double-VPN or TOR-over-VPN. If these security options are essential to you, Surfshark, NordVPN, Astrill VPN, and ExpressVPN are alternatives you should consider.

Price: Hotspot Shield is the most expensive VPN service mentioned in this article. But it also bundles third-party applications you would otherwise have to pay for separately. With most other VPNs, you only pay for the VPN service itself. Those that offer the best value for money include CyberGhost, Surfshark, Speedify, and Avast Secureline.

In conclusion, Hotspot Shield is an excellent VPN service that costs more than the competition. In a nutshell, it’s better at speed than security. More secure VPNs include NordVPN, Surfshark, and Astrill VPN. The only faster alternative is Speedify.

For in-depth information and testing results, refer to our VPN roundup articles: