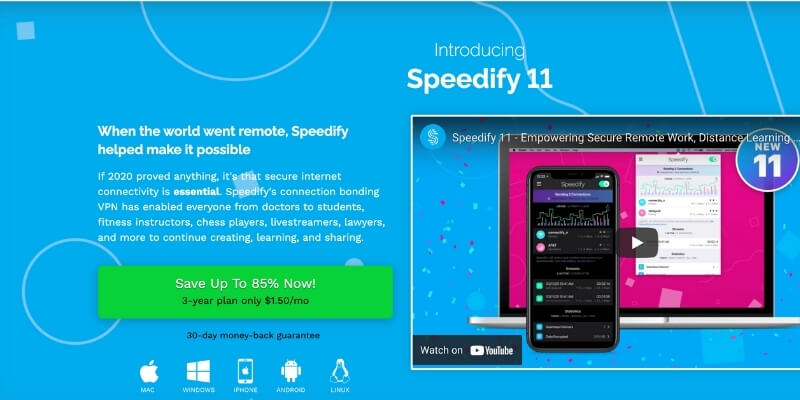 While Speedify is popular, It’s not the only VPN on the market, and it’s not the only way to turbo-charge your connection. In this article, we’ll quickly cover exactly what Speedify does, who would benefit from an alternative, and what those alternatives are.

Read on to learn which VPN is best for you.

What Are the Software’s Strengths?

Speedify’s greatest advantage over its competitors is in its name: speed. Making your internet connection more private and secure also tends to slow your connection. It takes time to encrypt your data; accessing a website via a VPN server takes more time than going there directly.

But Speedify reverses this. It can use multiple internet connections to make you faster online than when not using the software. Instead of just using your Wi-Fi connection, you can add an ethernet cable, mobile broadband dongles, and tether your iPhone or Android phone. 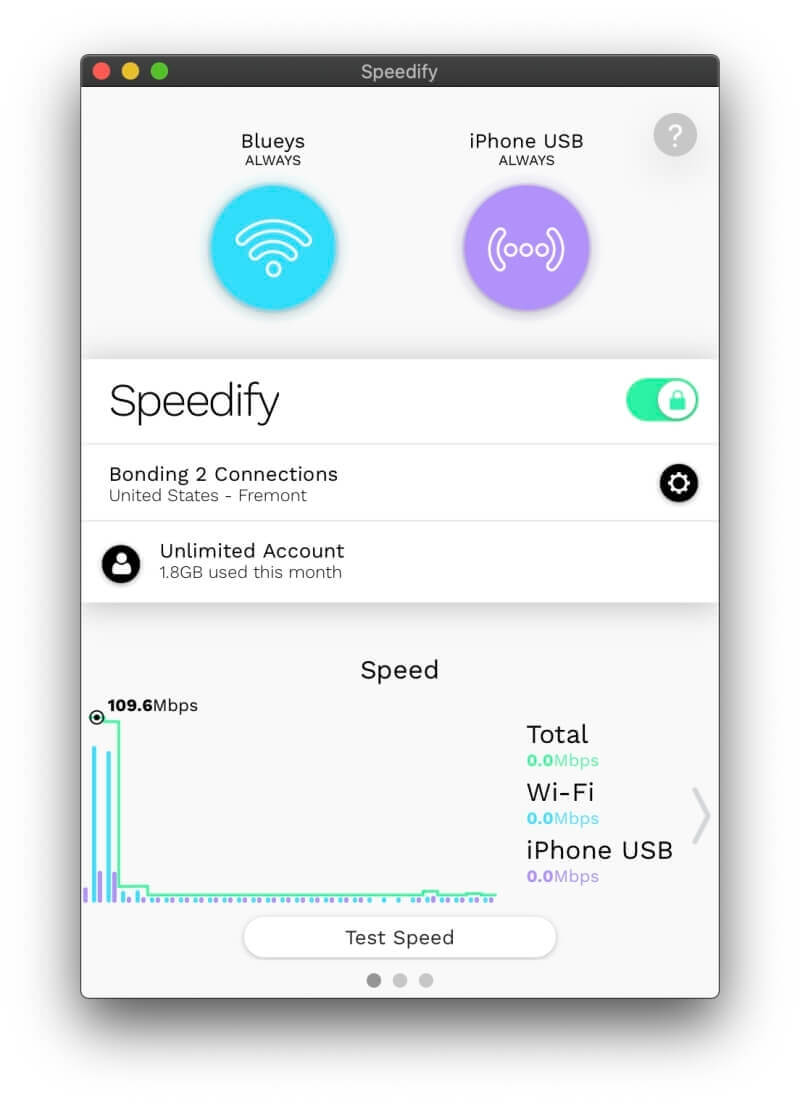 In my experience, it works well. Connecting to Speedify with my Wi-Fi and tethered iPhone was consistently faster than connecting via Wi-Fi alone. The speed increase was around 5-6 Mbps, depending on which server I joined—not huge, but helpful. When connecting to the fastest server (the one closest to me in Sydney, Australia), I achieved a download speed faster than my normal (non-VPN) connection speed. That’s impressive! 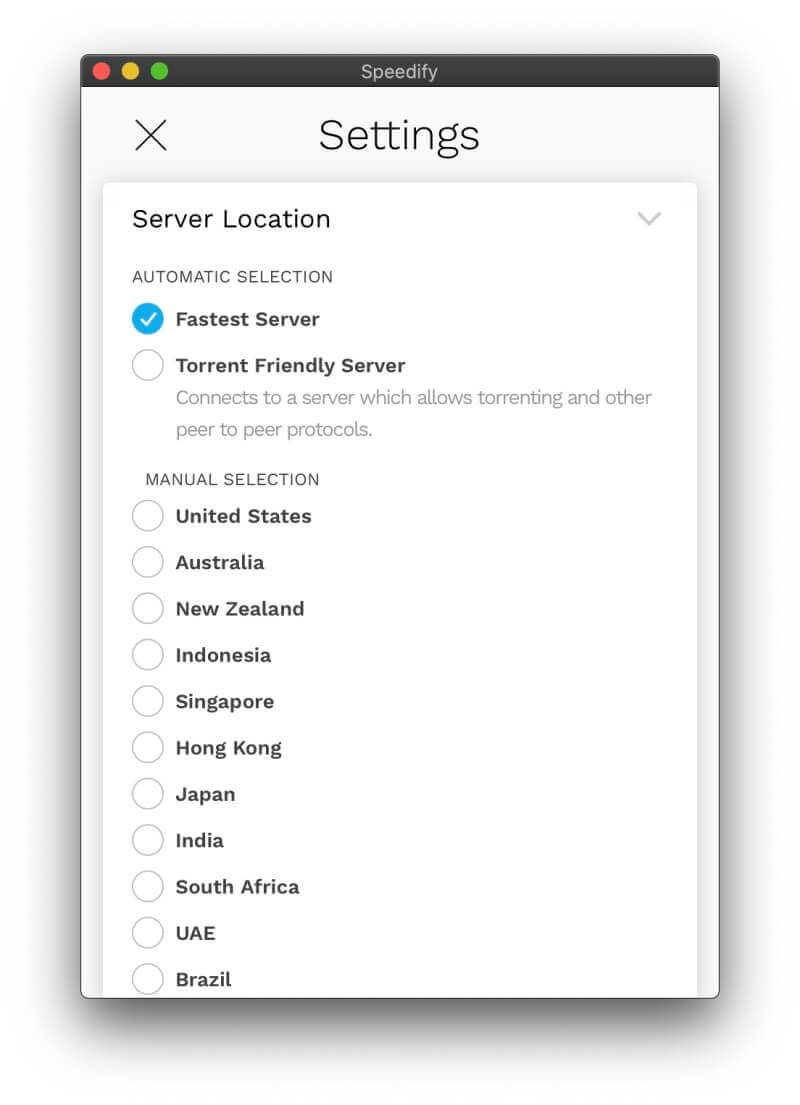 When I connected using both Wi-Fi and iPhone, the fastest download speed I encountered was 95.31 Mbps; the average was 52.33 Mbps. When using just Wi-Fi, these figures were 89.09 and 47.60 Mbps. That’s fast! Without a VPN, my downloads are typically around 90 Mbps. Here is how it compares to the competition:

That makes Speedify the fastest VPN I’ve come across. It’s also comparatively affordable. A yearly subscription costs $71.88/year, which is the equivalent of $5.99/month. The three-year plan is equivalent to just $2.99/month, which places it at the cheaper end of the scale compared to other services. Compare with these other yearly subscriptions:

When paying in advance and choosing the best value plan, here are the equivalent monthly costs for each:

What Are the Software’s Weaknesses?

Speedify also has some glaring weaknesses. The biggest is its consistent failure at accessing streaming video content from other countries. People love VPN software because it can make it appear that you’re located somewhere else in the world. As a result, you can access local content from another country.

Streaming services are aware of this and try to block VPN users. With Speedify, they succeed. I tried several servers and was locked out of Netflix and BBC iPlayer every time. That’s a huge contrast with some other VPN services that are consistently successful. Speedify is not an app for streamers.

Finally, while Speedify provides excellent privacy and security, it lacks some features that other VPNs offer. In particular, it doesn’t include an ad blocker. Its Mac and Android apps lack an internet kill switch that cuts your internet connection if you become vulnerable. Speedify also lacks advanced privacy options like double-VPN and TOR-over-VPN.

That makes sense since these methods sacrifice speed for security, while Speedify does the opposite. Here are some services that prioritize security:

So, while Speedify is a good choice for those looking for a fast—yet inexpensive—VPN service, it’s not the right choice for streamers or those willing to sacrifice speed for additional security.

When looking for an alternative, avoid free apps at all costs. While we don’t always know these companies’ business models, there’s a fair chance they make money selling your internet usage data to third parties.

Here are seven reputable VPN services that make up for what Speedify lacks.

NordVPN is one of the best VPNs overall. The company says it’s “fanatical about your privacy and security.” They offer fast servers, reliable content streaming, and affordable prices. 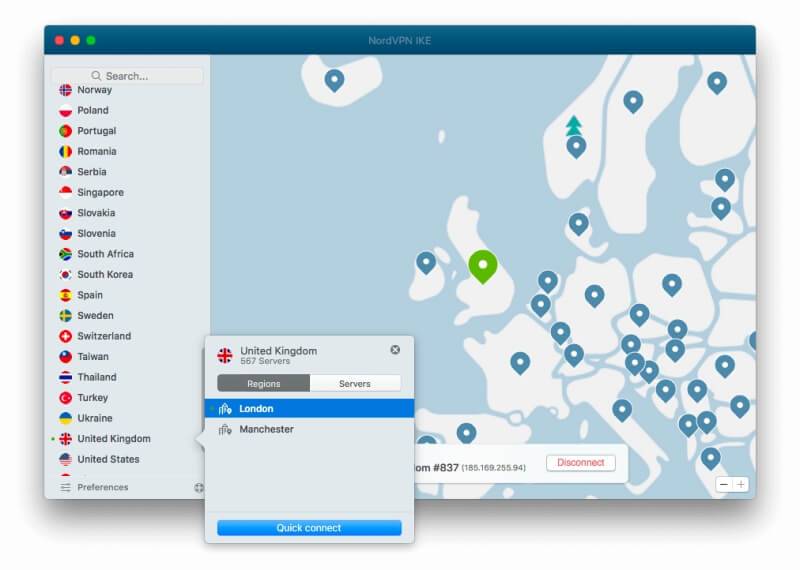 Nord is strong where Speedify is weak: streaming video content from around the world. It also offers security options that Speedify doesn’t, including an ad blocker, malware blocker, and double-VPN.

When paying yearly, NordVPN is more affordable than Speedify. However, if you choose the best value plan by paying in advance, they cost the same. Nord certainly has some fast servers, but Speedify wins the speed race every time.

Surfshark is another notable VPN; it shares many of Nord’s strengths. It, too, places a premium on your online security, passing an independent audit with flying colors. Its servers don’t have hard drives, so sensitive data disappears when they are turned off. 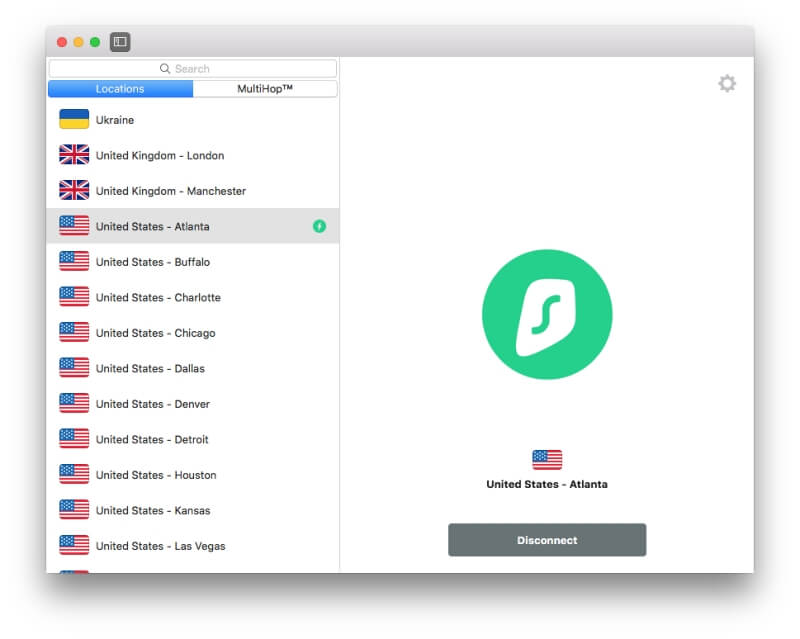 Unlike Speedify, Surfshark provides excellent reliability when accessing streaming content. It offers even more security features than Nord, including a malware blocker, double-VPN, and TOR-over-VPN.

Surfshark’s yearly plan is more affordable than Speedify. If you pay in advance and stay with the service for more than two years, Speedify will eventually be cheaper. And while Surfshark isn’t as fast as Speedify, its closest servers offer reasonable speeds.

Astrill VPN is a VPN that’s easy to use, secure, and second only to Speedify in speed. It’s the winner of our Best VPN for Netflix roundup. Read our full Astrill VPN review. 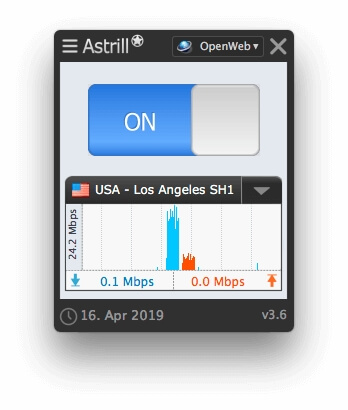 Speedify makes use of multiple internet connections to outclass its competitors in speed. Astrill can’t do this. But if you only intend to use a single internet connection, Astrill is only marginally slower. However, while it’s the second-fastest VPN on our list, it’s also the most expensive.

However, speed isn’t the only thing going for this service. It’s quite reliable when streaming and includes an ad blocker and TOR-over-VPN to keep you more secure.

ExpressVPN is a popular, highly-rated VPN and comes with a price to match. It’s the second-most-expensive service on our list. I understand that it is popular in China because of its ability to tunnel through online censorship. It’s the runner-up in our Best VPN for Mac roundup. Read our full ExpressVPN review. 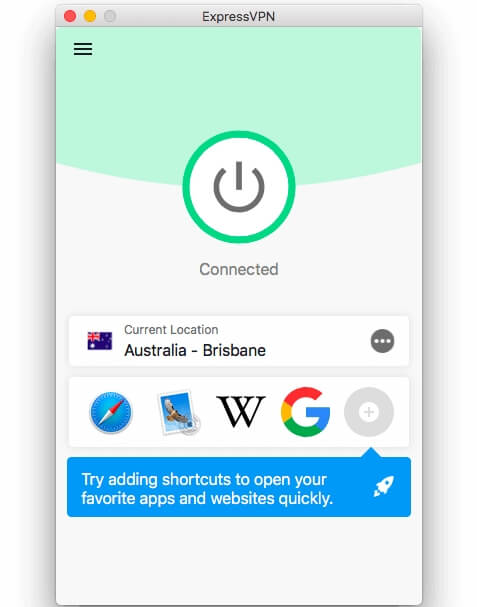 ExpressVPN doesn’t share Speedify’s strengths. It’s slower and more expensive than every other service except PureVPN. It’s also one of the least reliable services when accessing streaming media. It does offer one security feature that Speedify doesn’t, however: TOR-over-VPN.

CyberGhost covers up to seven devices simultaneously with a single subscription. It’s a highly trusted service, winning a score of 4.8 out of 5 on Trustpilot. It’s the second runner-up in our Best VPN for Amazon Fire TV Stick roundup. 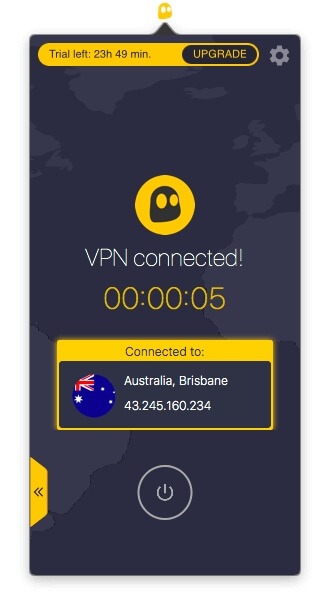 CyberGhost is significantly slower than Speedify, but at least it’s consistent. There isn’t a big difference between its fastest and slowest servers; all are more than fast enough to stream video content. The service offers specialized servers for this purpose. In my experience, they worked every time.

It beats Speedify and every other VPN on our list with price. It’s impressively affordable. It also includes an ad and malware blocker, but not double-VPN or TOR-over-VPN.

Avast SecureLine VPN is a simple and easy-to-use VPN developed by a well-known security brand. It only includes core VPN features, so it lacks the advanced functionality of other services. Read our full Avast VPN review. 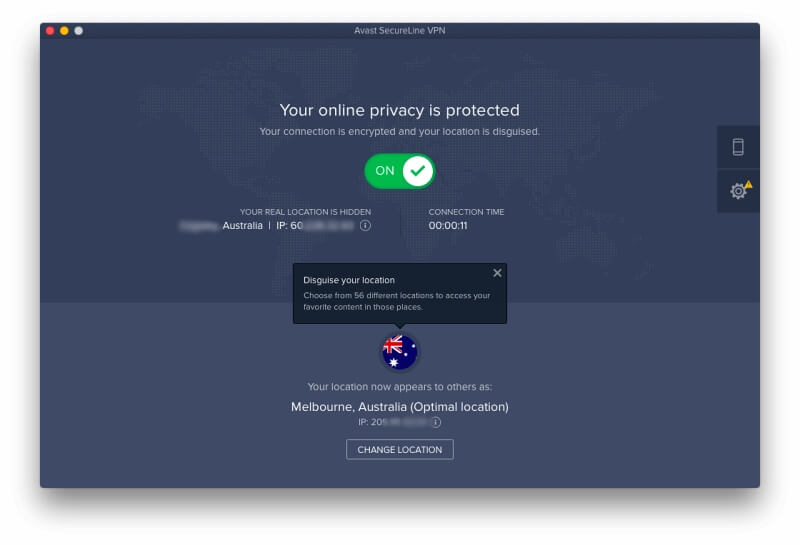 Avast’s VPN shares Speedify’s strengths of speed and affordability. Speedify wins the speed category, though Avast’s faster servers are above-average. When paying for a single year, Avast is significantly cheaper, while the best-value plans from both equate to $2.99/month.

But unfortunately, Avast Secureline doesn’t make up for any of Speedify’s weaknesses. It’s just as unreliable when connecting to streaming services and doesn’t offer any additional security features. It does have one advantage over Speedify: it’s easier to use. It may be a better choice for non-technical users who are new to VPNs and don’t need to access streaming video content.

PureVPN is our final alternative to Speedify and the one I recommend least. It used to be one of the cheapest VPNs available, but its price has increased significantly over the last year. It’s now the third most expensive service on our list and offers little value over Speedify. 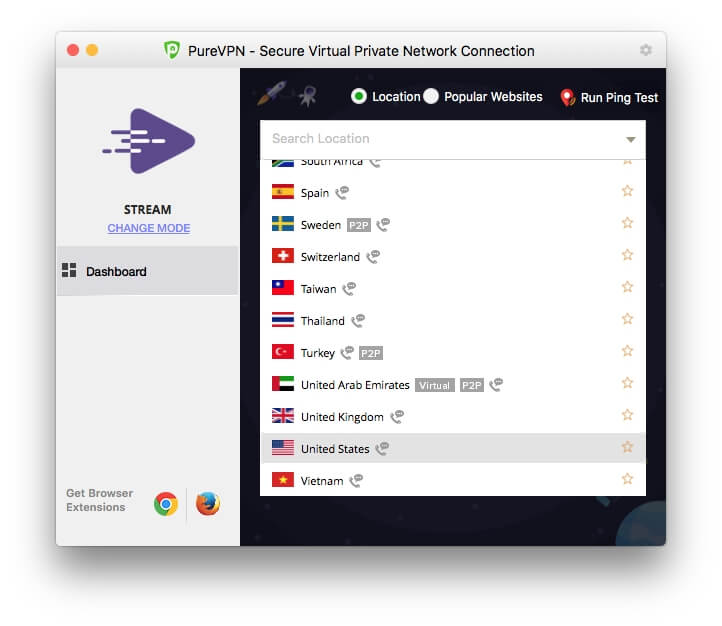 While Speedify is the fastest VPN I’ve tested, PureVPN is the slowest. It’s only slightly more useful for accessing streaming services: I watched Netflix content on four of the eleven servers I tried. It does offer one security feature that Speedify doesn’t: an ad and malware blocker. There’s no compelling reason to choose PureVPN over the other services we cover in this article.

Speedify is a VPN I recommend. It affordably keeps you safer online and is the fastest VPN service I’ve ever used. But depending on your priorities, there may be a better service. Let me comment on the best options for the categories of speed, security, streaming, and price.

Speed: Speedify is fast, but its best speeds are achieved when you use (and pay for) multiple internet connections. If you only use one, Astrill VPN is extremely close. NordVPN, SurfShark, and Avast SecureLine also offer fast speeds if you choose a server close to you.

Security: Because Speedify prioritizes speed, it doesn’t offer as many security options as some other apps, as these may make your connection slower. For example, it doesn’t include a malware blocker or enhanced anonymity through double-VPN or TOR-over-VPN. If security is more important to you than speed, consider using Surfshark, NordVPN, Astrill VPN, or ExpressVPN instead.

Streaming: In my experience, Speedify is completely unreliable at accessing streaming content, either in your own country or elsewhere. If you plan to watch Netflix while connected to your VPN, choose Surfshark, NordVPN, CyberGhost, or Astrill VPN instead.

Price: Speedify is quite affordable, but it’s not your cheapest option. CyberGhost costs a lot less, even more so during the first 18 months of your plan. Surfshark is also more affordable than Speedify for the first two years. Avast’s best-value plan costs the same as Speedify.

In short, if you want to protect yourself with a VPN and speed is important to you, then Speedify is your best choice. This is especially true if you’re willing to combine multiple internet connections, such as your Wi-Fi and a tethered smartphone. Just don’t use Netflix with it. Otherwise, a different VPN service will be a better choice.

Notably, NordVPN, Surfshark, and Astrill VPN are superior to Speedify in multiple categories. These are likely to be the best alternatives for most users.

For in-depth information and testing results, refer to our VPN roundup articles: