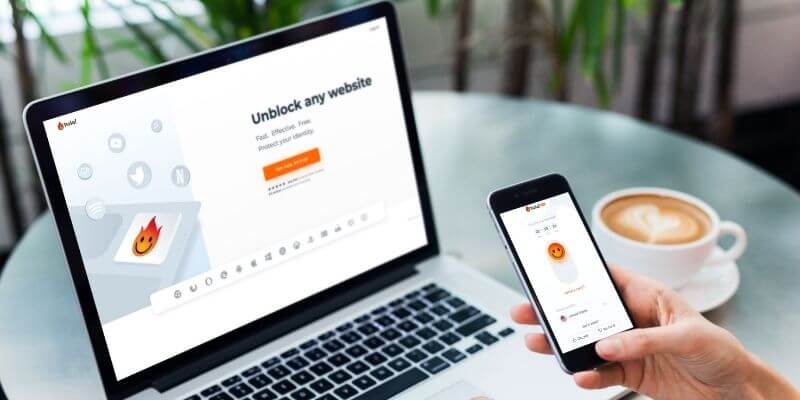 A VPN (Virtual Private Network) protects your online privacy, keeps you secure, and bypasses internet censorship. There are a ton of VPNs out there.

Among them, Hola stands out for its unique, highly-rated free plan. While there are more conventional Premium and Ultra plans, Hola’s free one is worth looking at.

Is their free plan worth using? Or should you choose one of the paid plans or another service altogether? What are the alternatives, and which one is right for you? Read on to find out.

In this article, we’ll focus on the free version of Hola. It’s available for Mac, Windows, iOS, Android, game consoles, routers, Apple and Smart TVs, and most popular web browsers.

It works in a completely different way from other VPNs. Significantly, it doesn’t offer the same security or privacy. Also, a daily usage limit is applied. What’s the limit? It’s unpublished and varies from user to user. I didn’t run into my limit while testing the software.

What Are the Software’s Strengths?

Television and movie content varies from country to country due to licensing agreements, so streaming services such as Netflix use geo-restrictions to decide what you can watch.

As a result, Netflix attempts to block VPN users from accessing their content. How successful are they with Hola? To find out, I connected to ten countries around the globe and attempted to watch a Netflix show. I was successful each time.

Not everyone achieves these results when using Hola. For example, when VPN Mentor tested the service, they found accessing Netflix a challenge. Also, be aware that the free version of Hola is restricted to streaming SD content. You have to pay to access HD or 4K video.

Hola isn’t the only service to achieve a 100% success rate when I tested it with Netflix. Here’s how it compares with the competition:

When using a VPN service, you should expect your connection speed to be at least a little more sluggish. There are two reasons for that: first, a VPN encrypts internet traffic, which takes time. Second, all of your traffic passes through one of the VPN’s servers, which takes longer than connecting directly to each website.

Here’s where Hola separates itself from the competition. First, the service doesn’t encrypt your web traffic at all. That saves you a little time while leaving you more exposed. Second, instead of connecting to a Hola server, you connect to other Hola users’ computers. You’ll never know the quality of that computer or the speed of its connection. That means you should expect mixed results.

Hola VPN is the first community-powered or peer-to-peer VPN where users help each other to make the web more open and accessible for all. (Hola.org)

Not only that, but other Hola users connect to your computer, share its resources, and use your internet bandwidth. When testing the service, I didn’t notice a severe degradation in my speed, but it’s possible. In fact, according to vpnMentor, Hola users have been used by botnets and in DDoS attacks in the past. 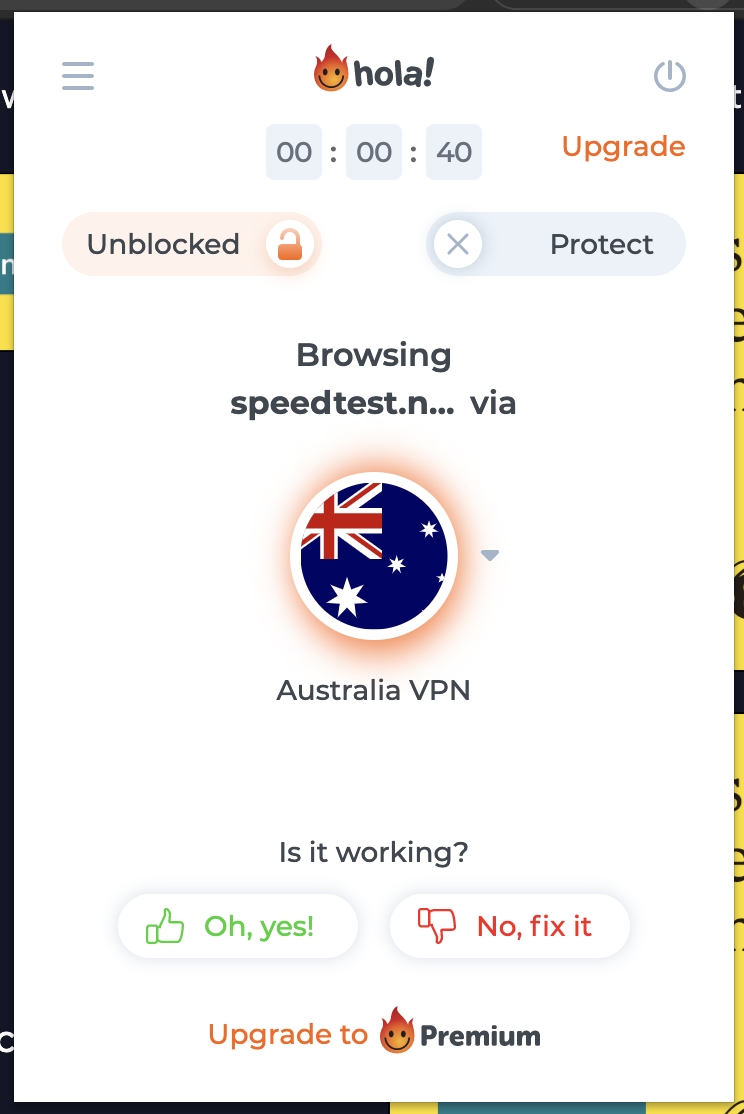 What connection speeds can you expect to achieve with Hola? I have a 100 Mbps internet connection. I ran a speed test and got 101.91 before connecting to Hola. That’s about 10 Mbps faster than I was getting when testing other VPN services, so we’ll have to make an adjustment when comparing them.

I then installed Hola, connected to ten different countries, and performed a speed test for each. Here are the results:

The maximum speed I achieved was 79.76 Mbps. Speeds around the world were fairly consistent, resulting in an average of 70.89 Mbps—pretty good.

Because my internet speed was around 10 Mbps faster than when testing other VPNs, I’ll subtract 10 from those figures to make the comparison as fair as I can. That makes the maximum speed 69.76 and average 60.89 Mbps.

While I was happy with the speed I achieved using Hola, I can’t guarantee you will be. Because you’re connecting through other users’ computers, you should expect varied results.

Judging by the user reviews on Trustpilot, the word “free” is what attracted most people to the service. But the free plan doesn’t offer what the paid Premium and Ultra plans do. Here are some of the differences:

But annual plans don’t always give the best price. Here is how the best-value plan from each service compares when prorated monthly:

User reviews can give a more complete view of a VPN’s value over the long-term, so I turned to Trustpilot. This website shows a user rating out of five for each company, how many users left a review, and comments about what they liked and what they didn’t.

Hola and other services received a very high rating, while others didn’t. Hola doesn’t have as many ratings as most others. Many comments were about the price of the service.

What Are the Software’s Weaknesses?

Hola’s free plan has a significant Achilles heel: security. The first concern is activity logs. The paid services come with a “no logs” policy, but not the free plan. In their privacy policy, Hola admits to collecting your online activity. That includes the browser you use, the web pages you visit, how much time you spend on those pages, and the date and time you do so.

However, they will share that information with affiliated companies when to protect other users or when issued with a court order. They may also use the information when deciding how to advertise their products to you. If you’re concerned about security, other services have a strict “no logs” policy. Additionally, many are located where they’re not required to record or share user data. Some even use RAM-only servers that don’t retain any information when turned off.

A second concern is about IP addresses, which is how you are identified when online. Other VPN services make you anonymous by giving you the address of the VPN server you connect to. Not so with Hola Free—you’re given the IP address of another Hola user.

The bigger concern is that other users get your IP address. That address is then connected to all of their online activity. Anything they do that’s questionable or illegal is tied to your IP address. That’s even more concerning because Hola’s free plan doesn’t encrypt Internet traffic. 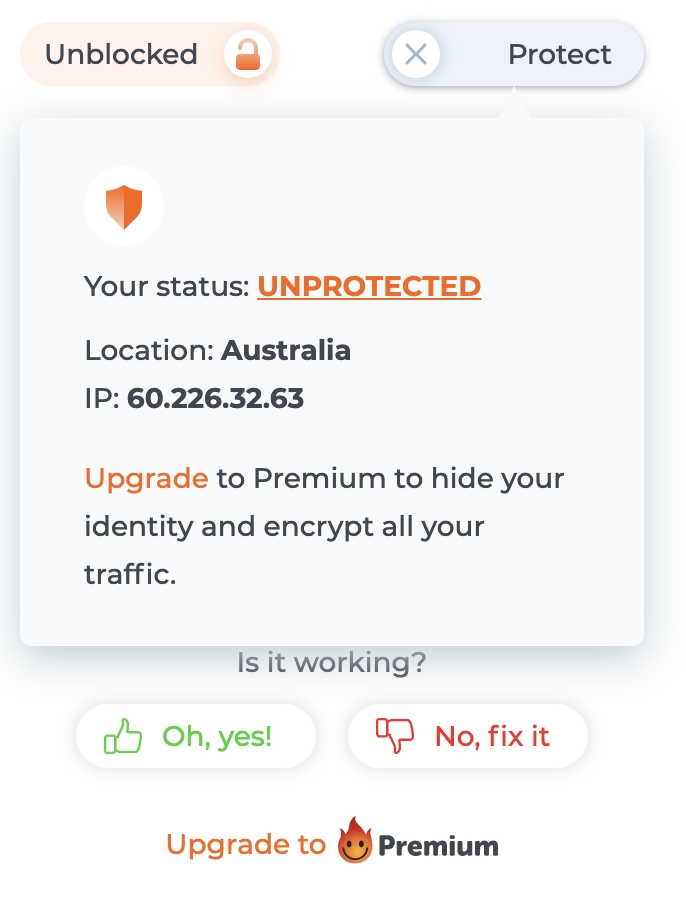 My final concern with Hola’s free plan is its lack of additional security features. It does offer an ad blocker, but nothing else. Other VPNs also block malware, and some offer greater anonymity through features such as double-VPN or TOR-over-VPN:

While the cost of a free VPN is nice, you’ll have greater peace of mind if you pay for one. Hola Premium is affordable, or you could choose one of these nine reputable services.

NordVPN is an affordable VPN that offers fast connection speeds. It can also reliably stream Netflix content. It includes advanced security features, including ad and malware blocking and double-VPN. It’s also the winner of our Best VPN for Mac roundup and runner-up in Best VPN for Netflix and Best VPN for Amazon Fire TV Stick. Read our full NordVPN review. 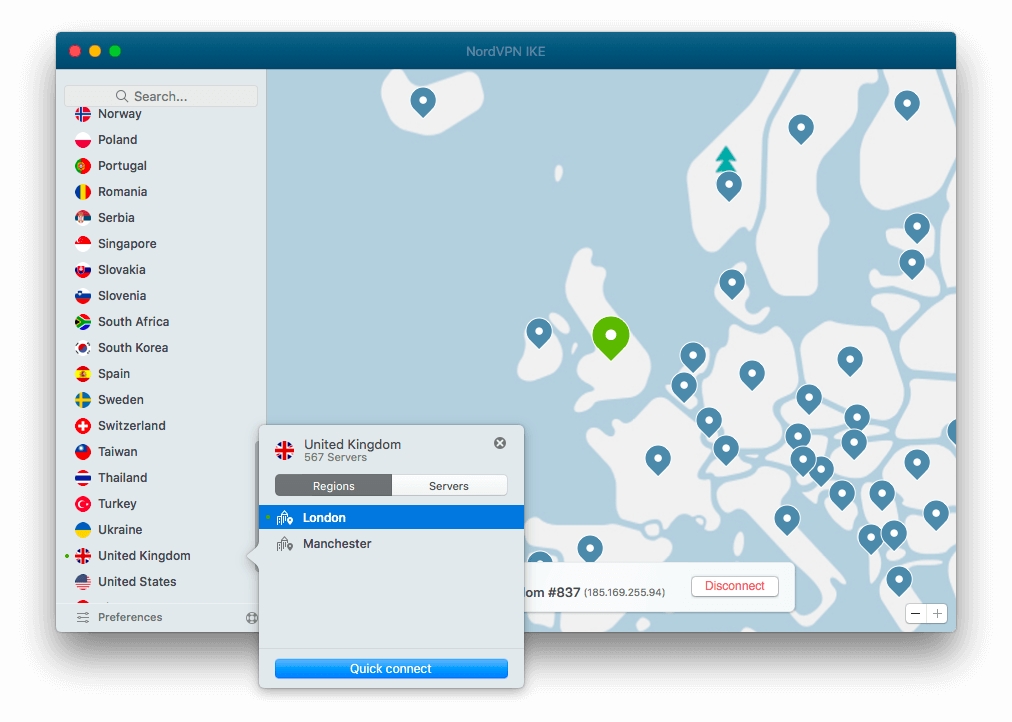 Surfshark is a similar alternative. It’s only a little slower than Nord and just as reliable when watching Netflix. A malware blocker, double-VPN, and TOR-over-VPN are included. The company uses RAM-only servers that don’t retain data when turned off. It’s the winner of our Best VPN for Amazon Fire TV Stick roundup. Read our full Surfshark review. 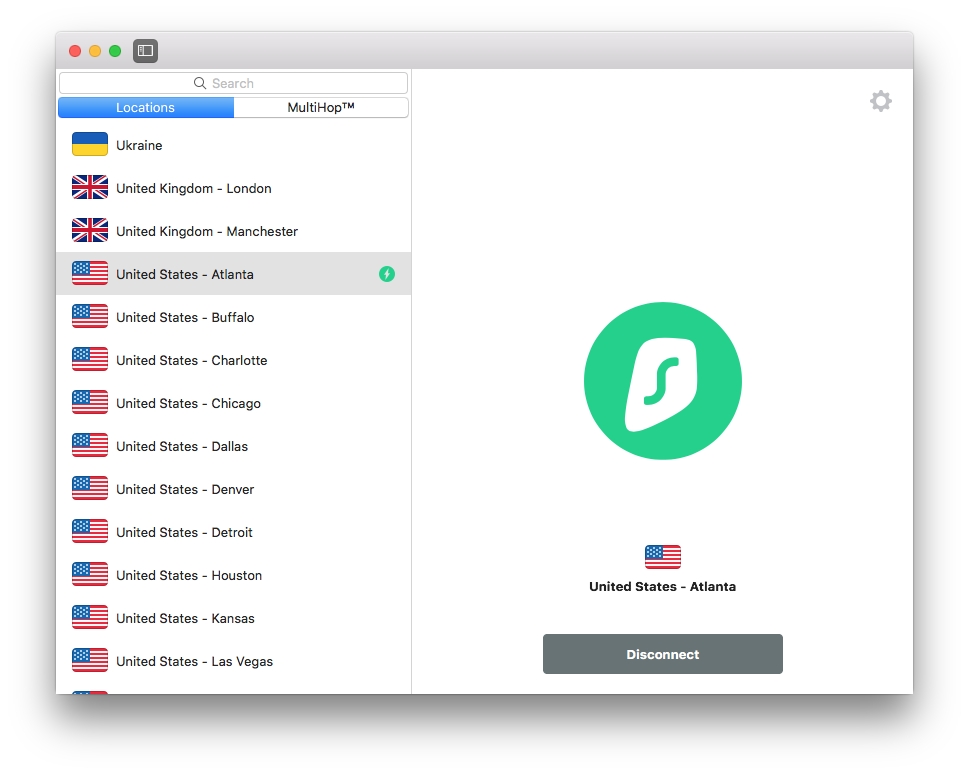 Astrill VPN is a third service that offers additional security features: an ad blocker and TOR-over-VPN. I tried connecting to Netflix using six different Astrill servers, and only one failed. It’s the most expensive VPN here and won our Best VPN for Netflix roundup. Read our full Astrill VPN review. 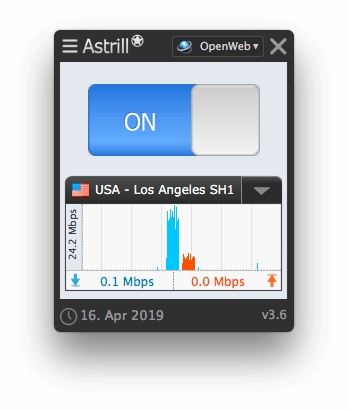 Speedify is the fastest VPN listed here. Why? It can combine multiple internet connections for maximum bandwidth. However, if you expect to watch Netflix from another country, this isn’t the VPN for you. Every server I tested was blocked by the “Big Red N.” Like the other services we recommend, Speedify gives much better privacy and security than Hola’s free plan but doesn’t come with many additional security features. Read our full Speedify review. 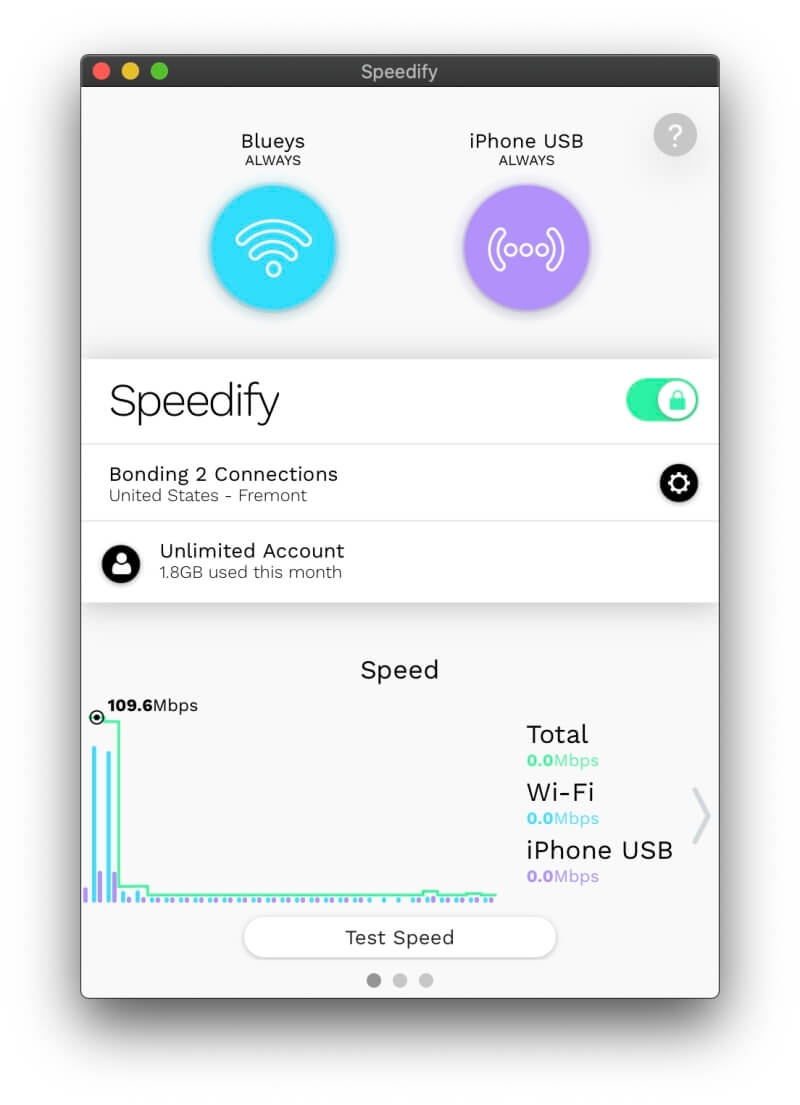 HMA VPN (“HideMyAss”) will protect your privacy while giving you reliable access to Netflix content. It’s significantly faster than Hola and doesn’t block malware or enhance your anonymity through double-VPN or TOR-over-VPN.

ExpressVPN is a highly popular and somewhat expensive option. It’s slower than Hola and, in my experience, is regularly blocked by Netflix. I’ve heard that it’s commonly used in China because of its ability to effectively tunnel through internet censorship. It’s the runner-up in our Best VPN for Mac roundup. Read our full ExpressVPN review. 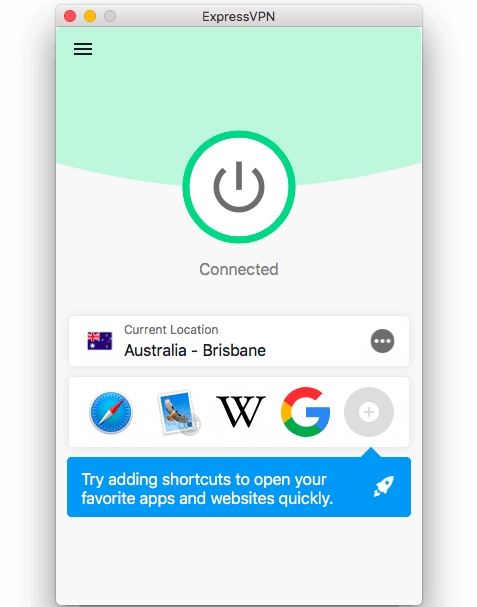 CyberGhost is affordable and well-loved—it achieved the highest consumer rating while offering the lowest subscription prices. Their specialized streaming servers access Netflix reliably; an ad\malware blocker is included. Its connection speed is only half of Hola’s, but that’s still fast enough to watch high-definition videos. CyberGhost is the second runner-up in our Best VPN for Amazon Fire TV Stick roundup. 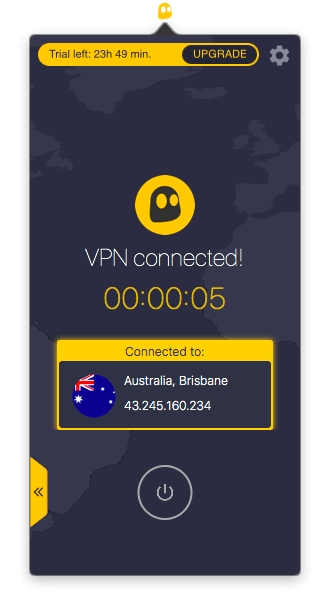 Avast SecureLine VPN is an excellent choice for those new to VPNs: it’s extremely easy to use. To keep things simple, though, it packs in only core VPN functionality. I didn’t find it effective at streaming Netflix content; only one server I tried was successful. Read our full Avast VPN review. 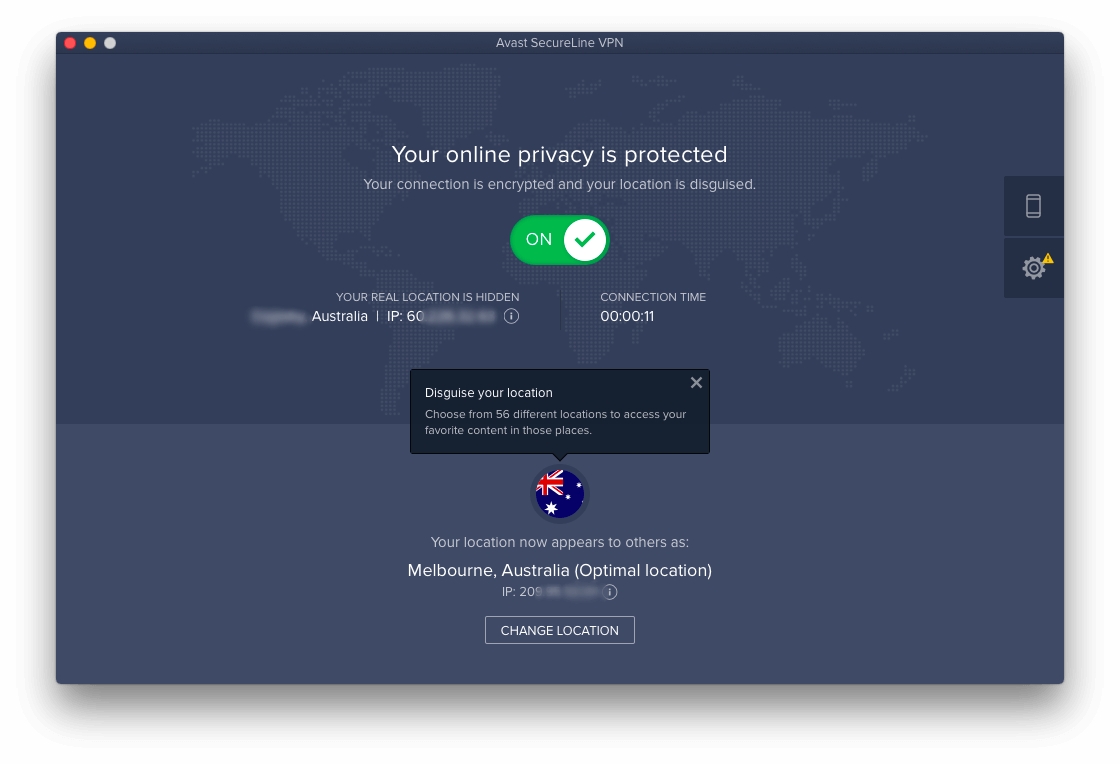 I found PureVPN slow (it’s the slowest I tested) and unreliable at streaming Netflix content (only four out of eleven servers I tried could do this). However, the service has a strong following and was awarded 4.8 stars by users on TrustPilot. They’re obviously doing something right. An ad and malware blocker is included. 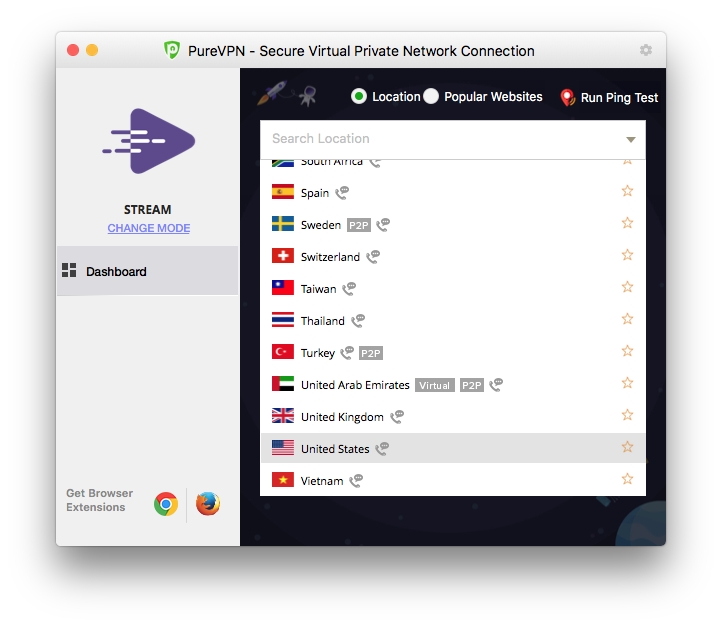 If you just want to access streaming media content from other countries, Hola will do the job for free. But it won’t make you any more secure than usual. In fact, you’ll be sharing your IP address and system resources with strangers.

Most VPN users choose a service that will keep them safer while online. They may also want to bypass censorship and access content from around the world that they won’t otherwise have access to.

Which alternative is best for you? That depends on your priorities. Let’s look at Hola through the three “S’s” of speed, streaming, and security.

Speed: Speedify is the fastest VPN I’ve encountered, but it’s unsuitable for those expecting to watch Netflix. Most users will find HMA VPN or Astrill VPN more suitable. NordVPN, SurfShark, and Avast SecureLine aren’t much slower.

For in-depth information and testing results, refer to our VPN roundup articles to learn more.