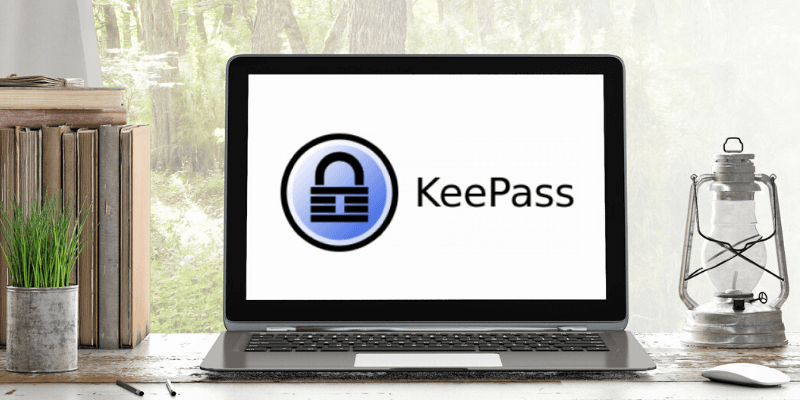 There are so many passwords to keep track of these days, we all need some help—an app to help us manage them all. KeePass is often highly recommended, but is it the best password manager for you? We’ll go through the challenges you may have with the program, and list some good alternatives.

But first, let me say that KeePass has a lot going for it. It’s open-source and very secure. In fact, it’s the application recommended by a number of important security agencies:

It’s been audited by the European Commission’s Free and Open Source Software Auditing Project and no security issues were found, and the Swiss federal administration chooses to install it on all of their computers by default. That’s a huge vote of confidence.

But should you install it on yours? Read on to find out.

With all of that going for it, why should you hesitate to install it on your own computer? Here are some reasons that it’s not the best app for everyone.

User interfaces have come a long way in the last decade or two, and a number of password managers have had substantial improvements made to the way they look and feel. But not KeePass. Both the app and its website look like they were created last century.

Using Archive.org, I found a screenshot of KeePass from 2006. There’s no surprise that it looks quite dated. 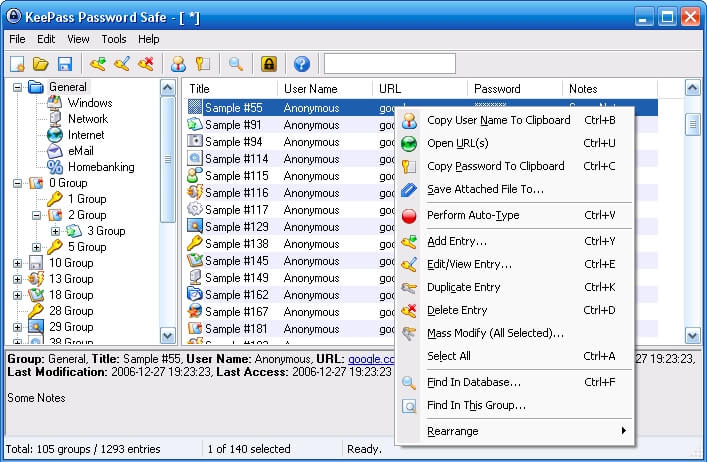 Compare that to the screenshot you’ll find on the website today. It looks very similar. In terms of the user interface, KeePass hasn’t significantly changed since it was released in 2003. 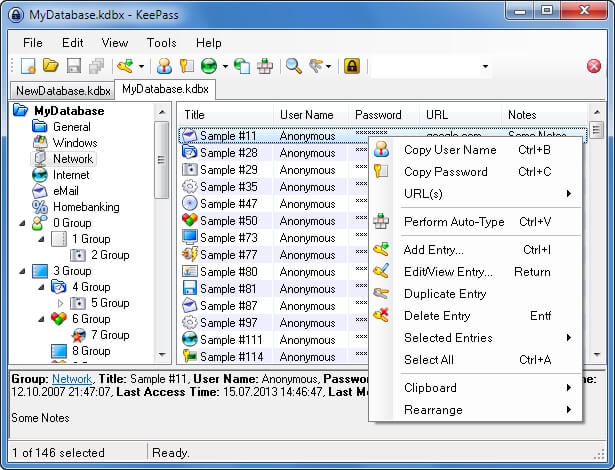 If you prefer a modern interface, with all of the benefits it brings, KeePass may not be for you.

Ease of use is another thing expected of apps today. For most users, it’s a good thing. But technical users can feel that ease of use gets in the way of the functionality of an app. They’re the sort of users that KeePass was designed for.

KeePass users have to create and name their own databases and choose the encryption algorithms used to protect their data. They have to decide how they want to use the app and set it up that way themselves. If the app doesn’t do what they want, they’re invited to create plugins and extensions that add those features. If they want their passwords on all of their devices, they have to come up with their own solution to sync them. They may find that it takes more steps to accomplish something compared to other password managers.

To some people, that sounds like fun. Technical users may relish the level of customizability that KeePass offers. But if you prefer ease-of-use, KeePass may not be for you.

3. KeePass Is Only “Officially” Available for Windows

Fortunately, that’s not the end of the story. Because KeePass is open-source, other developers can get hold of the source code and create versions for other operating systems. And they have. 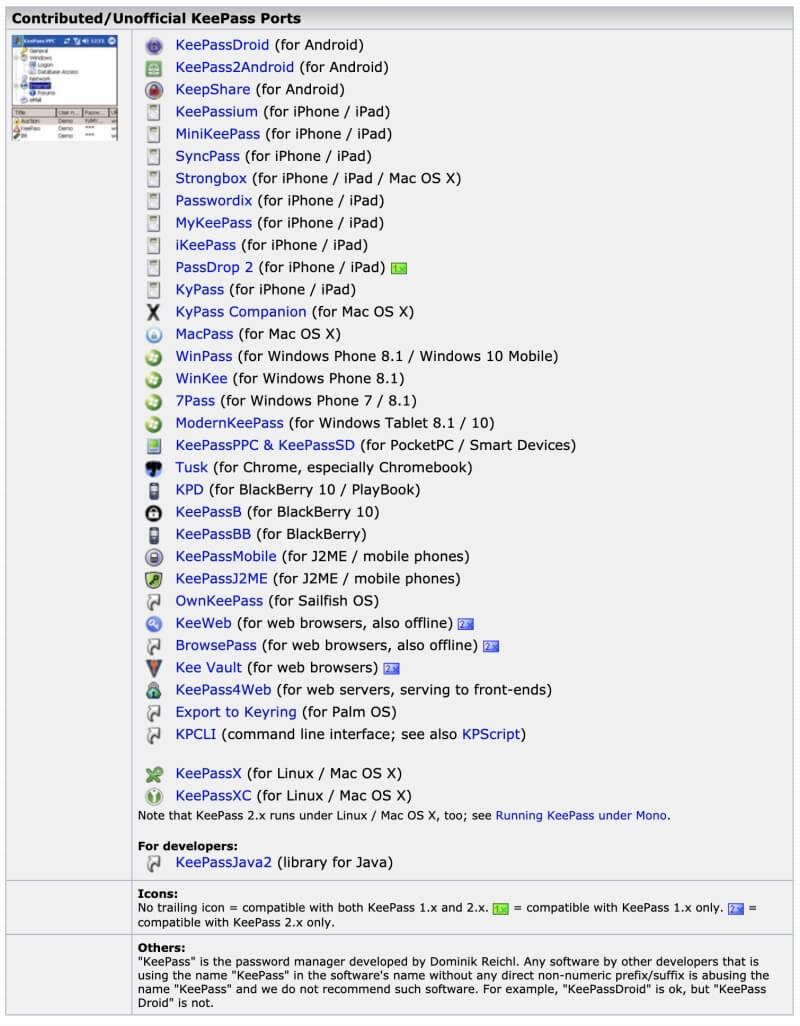 But the result is a little overwhelming. For example, there are five unofficial versions for the Mac, and no easy way to know which one works best. If you prefer apps where the developers provide an official version for each operating system that you use, KeePass may not be for you.

KeePass is quite full-featured and may have most of the functionality that you need. But compared to other leading password managers, it is lacking. I’ve already mentioned the most significant issue: it lacks synchronization between devices.

Here are a few more: the app lacks password sharing, the storing of private information and documents, and auditing of the security of your passwords. And password entries offer little customization.

By default, KeePass can’t fill in web forms for you, but third-party plugins are available that offer this functionality. And that raises one of KeePass’s strengths—savvy users can add the features they need. Dozens of plugins and extensions can be downloaded from the official website that allow you to backup your passwords, use color codes, generate passphrase, create password strength reports, synchronize your vault, use Bluetooth key providers, and more.

Many technical users will love how extensible KeePass is. But if you prefer the features you need to be offered by default, KeePass may not be for you.

If KeePass isn’t for you, what is? Here are nine password managers that may suit you better.

KeePass isn’t the only open-source password manager available—there’s also Bitwarden. It doesn’t offer all of the technical benefits that KeePass does, but it’s much easier to use, and a better solution for many users.

The official version works on more platforms than KeePass, including Windows, Mac, Linux, iOS and Android, and your passwords will be automatically synchronized to each of your computers and devices. It can fill in web forms and store secure notes out of the box, and if you like, you can host your own password vault online.

But there’s a limit to what you get for free, and at some stage, you may decide to subscribe to one of Bitwarden’s affordable paid plans. Among other benefits, these allow you to share your passwords with others on your plan—whether that’s your family or workmates—and receive comprehensive password auditing.

If you prefer open-source software and also value ease-of-use, Bitwarden may be the password manager for you. In a separate review, we compare it in detail with our next suggestion, LastPass.

The app offers configurable password auto-fill and syncs your vault across all of your devices. You can share your passwords with an unlimited number of users (paid plans add flexible folder sharing), and store free-form notes, structured data records, and documents. And, unlike Bitwarden, the free plan includes comprehensive password auditing, warning you of which passwords are weak, repeated, or compromised. It even offers to change your passwords for you.

If you’re looking for the most usable free password manager, LastPass may be the one for you. Read our full LastPass review or this comparison review: LastPass vs KeePass. 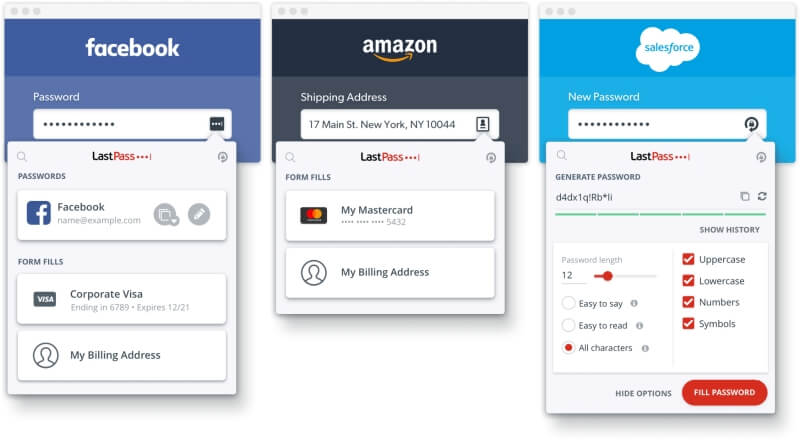 Are you looking for the best-in-class password manager available today? That would be Dashlane. It arguably offers more features than any other password manager, and these can be accessed just as easily from the web interface as the native applications. Personal licenses cost around $40/year.

It offers all of the features LastPass does, but takes them a little further, and gives them a little more polish. They both fill in your passwords and generate new ones, store notes and documents and fill in web forms, and share and audit your passwords. But I found Dashlane provides a smoother experience with a more polished interface, and it only costs a few dollars a month more than LastPass’s paid plans.

Dashlane’s developers have worked hard over the last few years, and it shows. If you’re looking for the most elegant, full-featured password management out there, Dashlane may be for you. Read our full Dashlane review. 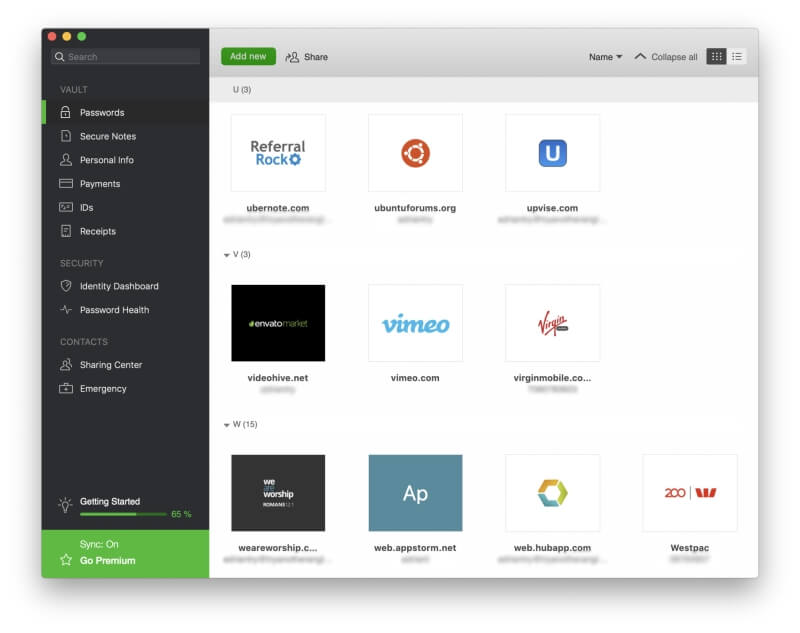 But they’re not your only options. Here are a few more, along with the subscription cost of the personal plan:

KeePass is the most configurable, extensible, technical password manager that exists. It’s distributed under the Free Software’s GPL license, and tech geeks are likely to find it perfect for their needs. But other users are very likely to struggle with the application and would be better served by an alternative.

For those who prefer to use open-source software, Bitwarden is the way to go. The free version is also distributed under the GPL, but some features require that you obtain a paid license. Unlike KeePass, Bitwarden places an emphasis on ease-of-use and covers the same range of features as other leading password managers.

If you’re open to using closed-source software, there are quite a few other alternatives. LastPass offers a very full range of features in its free plan, and Dashlane arguably offers the most polished password management experience available today. I recommend them. For a thorough comparison of all of your main options, check out our three detailed roundup reviews: The Best Password Manager for Mac, iOS, and Android.