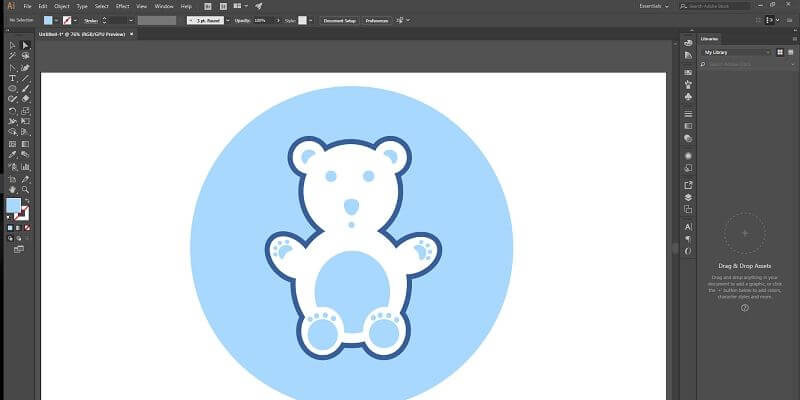 Note: The latest version of the below listed software (i.e CorelDRAW Graphics) may have significant changes to the features and we may cover it in the near future.

Illustrator is one of Adobe’s signature products; it’s up there with Photoshop in the realm of industry-standard software. It’s a powerful program with a long history, and is easily one of the best vector graphics software available—but that doesn’t necessarily mean it’s the right one for you.

Adobe’s recent decision to force monthly subscription payments instead of one-time purchases angered a lot of long-time users. It left many artists, designers, and illustrators looking for ways to ditch the Adobe ecosystem entirely.

If you haven’t yet taken the plunge into the Adobe world, you might be looking for more affordable options, especially if you’re beginning to explore the world of vector graphics. No matter who you are or what you need, we’ve got an Adobe Illustrator alternative that is perfect for you—free or paid, Mac or PC.

Available for Windows and Mac – $325 annual subscription, or $649 one-time purchase

CorelDRAW is one of the most feature-rich alternatives to Adobe Illustrator for professional users—after all, it’s been around for almost as long. It even includes some uniquely impressive features like the LiveSketch tool and collaborative work built right into the program. 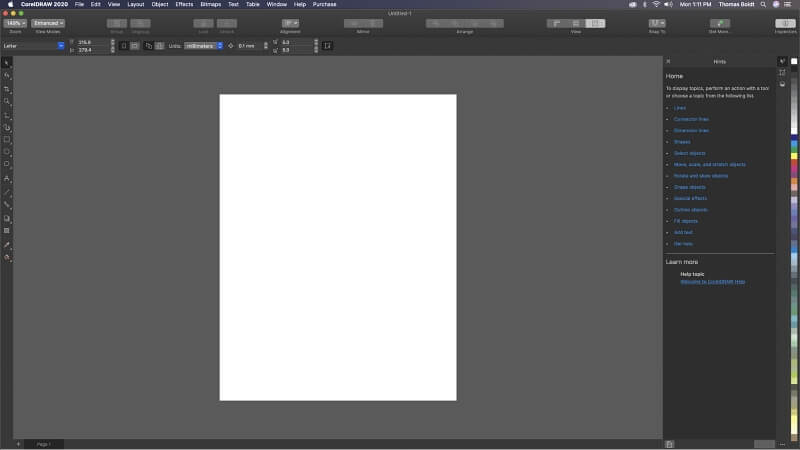 Of course, CorelDRAW also provides all the vector drawing tools you’ll ever need, from the standard pen tool to more complex tracing features. There is some basic page layout functionality available, though this aspect doesn’t feel quite as well-developed as its vector illustration tools. Read our full review for more.

While both the subscription and purchase prices might be eye-popping at first, they’re fairly standard for a professional-level graphics program. To sweeten the deal, Corel includes several other programs for graphics professionals such as PHOTO-PAINT and AfterShot Pro.

Unfortunately for those of you on a tight budget, it’s impossible to buy CorelDRAW as a standalone; you have to purchase the whole bundle.

Serif has been making quite a name for itself with the ‘Affinity’ series of programs; Affinity Designer is the one that started it all. It was built from the ground up with modern computing power in mind. As one of Serif’s oldest programs, it’s had the longest time to mature.

One of my favorite things about Affinity Designer is the simplicity of its interface. Like the other Affinity programs, AD uses ‘Personas’ to separate feature areas, which helps keep down the clutter when you’re trying to get work done. AD includes a ‘Pixel’ persona, which allows you to instantly switch back and forth between a vector underlay and a pixel-based overlay for advanced texturing. 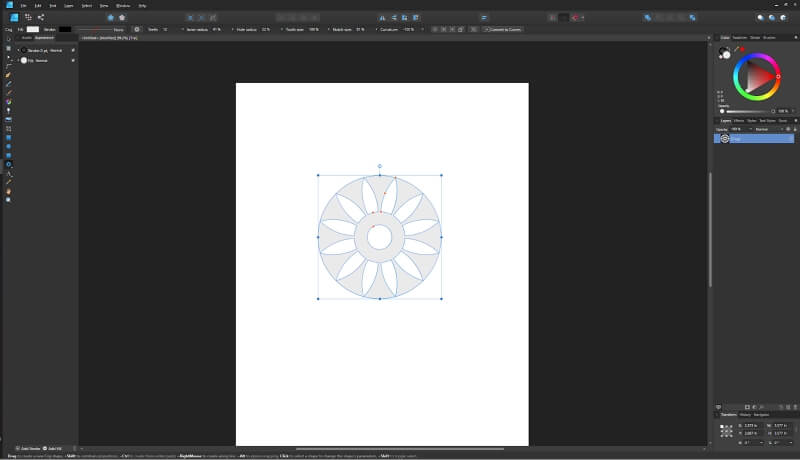 If you’ve already got a ton of projects created with Illustrator that you don’t want to reprocess, Affinity Designer can open and save in Adobe Illustrator’s native AI file format.

If you’re looking for a program designed from the ground up for the Apple ecosystem, Graphic might be the best Illustrator alternative for you. It’s a fully-featured vector graphics program that also plays very nicely with graphics tablets for a more intuitive illustration workflow. It also allows you to work on both your iPad and iPhone, though I’m not sure how productive you’ll be working on a small phone screen.

Though it’s a vector program, Graphic focuses heavily on working with Photoshop files, which are typically (but not always) pixel-based. Unfortunately, this means the developers haven’t included support for Illustrator files. However, you may be able to save your old AI files as PSDs and then open them in Graphic.

Available for macOS only – $99 one-time payment

One of the common uses for vector graphics programs is to rapidly develop digital prototypes for websites, apps, and other on-screen layouts. However, Adobe Illustrator focuses on (you guessed it!) illustration. That means other developers have seized the chance to focus on this expanding need. 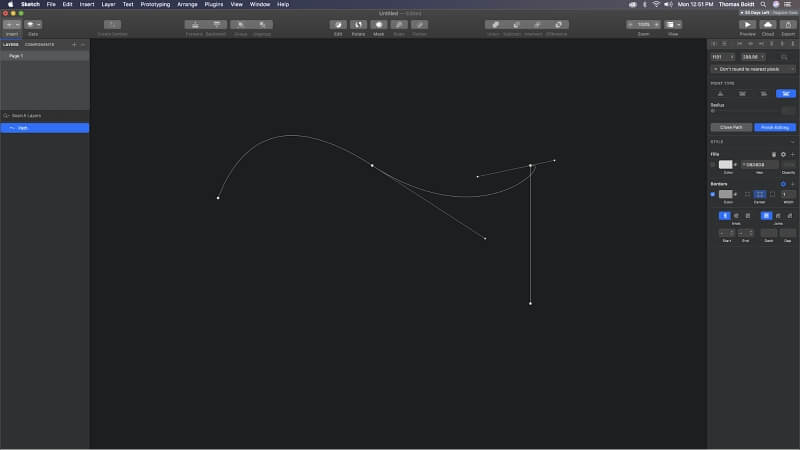 Sketch was originally a vector graphics program. As its user base developed, Sketch focused more on interface layouts. It still has a core of vector graphics functionality, but the focus is less on illustration and more on design. I wish Sketch’s interface emphasized object creation more than object arrangement. However, the toolbars can be customized to your heart’s content.

While it’s only available for macOS, it’s still a powerful and affordable prototyper no matter where your project will be deployed.

As high-speed, reliable internet connections become the norm, many developers are exploring the potential of browser-based apps. While many now allow you to do some types of design work online, Gravit brings a whole vector illustration program right to your browser. A desktop version is also available for Pro plan subscribers. 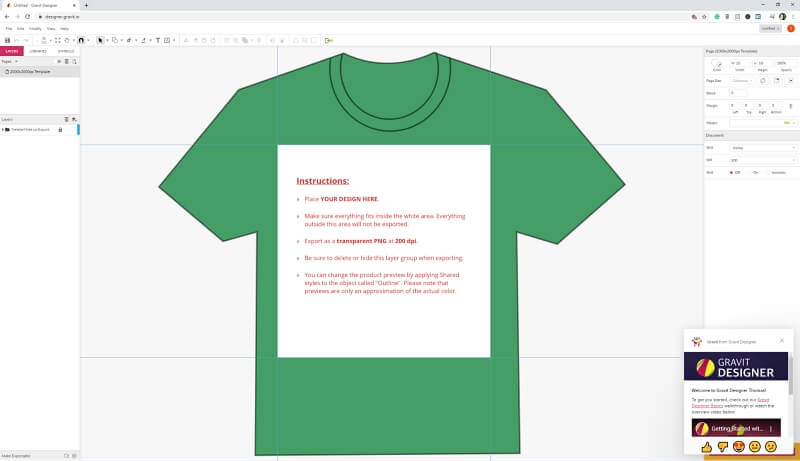 Gravit isn’t quite as full-featured as Illustrator or some of our paid alternatives above, but it does offer a solid set of tools for creating vector graphics.

It’s important to note that the Free version of Gravit Designer is restricted in several ways. Some of the drawing tools are only available in Pro mode, and you can only export your work at screen resolutions in the RGB color mode. If you need high-resolution exports or the CMYK colorspace for print-based work, you’ll need to pay for the Pro plan.

Inkscape has been around since 2004, but they still haven’t managed to release version 1.0 yet—they seem to be stuck on v0.92. While it’s probably not going to be replacing Illustrator for professional workflows any time soon, Inkscape is still more than capable of creating excellent vector illustrations. 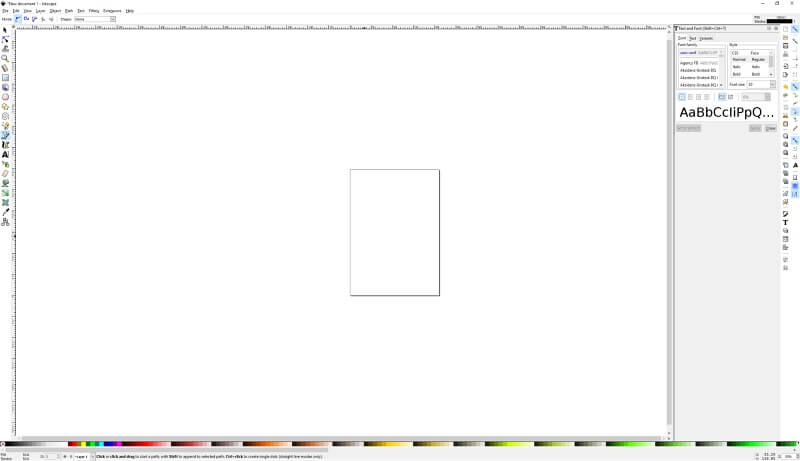 While the latest release is from 2019, it feels like the driving force behind an open-source vector graphics program has fizzled out. There are plans listed on the official website for the ‘upcoming’ version 1.0 release, but I would strongly advise you not to hold your breath. As of yet, I don’t know of any similar open-source efforts, but hopefully, a new and more vigorous project will launch soon.

Available for Windows and macOS – Free for individual use, Enterprise plan $89 per year

While it’s not a traditional vector drawing program, the excellent Autodesk Sketchbook made this list because it’s great for illustration. It allows you to create freeform illustrations with a mouse, graphics tablet, or touchscreen interface and export them as fully-layered Photoshop documents for final editing. 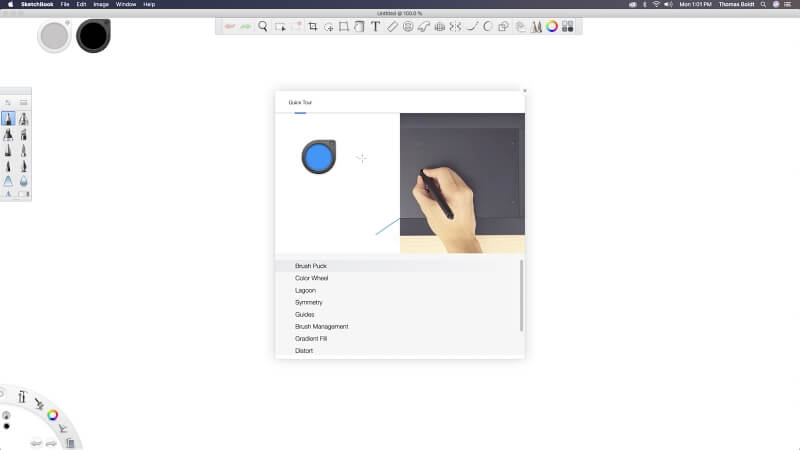 The Quick Tour of Autodesk Sketchbook

The user interface is beautiful, minimal, and extremely flexible, which makes it easy to perform quick tool customizations to get just the right effect. At least, it makes it easy once you’ve had a bit of time to get used to it!

These are some of the most popular Adobe Illustrator alternatives, but there are always new challengers arriving to capture a share of the market. If you’re looking to replace a professional-level workflow, Affinity Designer or CorelDRAW should be more than adequate for most uses. For more casual, small-scale work, an online illustrator like Gravit Designer may provide all the features you need.

Do you have a favorite vector graphics program that I didn’t include? Feel free to let me know in the comments below!