What is Dual Band WiFi 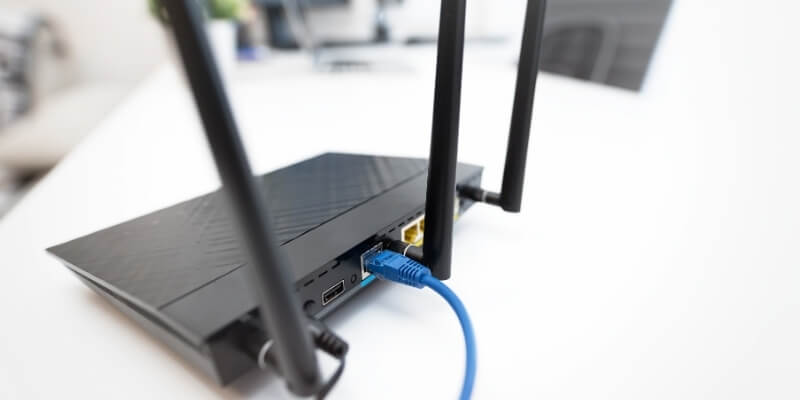 You know what’s confusing about wireless internet? Everything. If you’ve been researching wireless routers or wifi adapters, you’ve probably noticed that there is an abundance of terminology–PCIe, USB 3.0, 802.11ac, Ghz, WPS, Mbps, MBps (those last two are different). Bewildered yet?

One of the most common terms that you might notice with any of these devices is “dual-band.” While some older equipment may not feature this option, most modern network routers and adapters provide dual-band capability. In today’s computing environment, it’s almost a necessity for your wifi devices.

So what is dual band wifi? Let’s take a closer look at what it is, how and why it’s used, and why it’s vital. You may already know more about it than you think.

What Does Dual-band Mean?

Dual-band–it sounds really cool, and all the new products are touting it. So, what does it mean? We’re not talking about rock bands, or rubber bands, or even a band of merry men. What we’re talking about are frequency bands.

The bands shown in the image above are then broken down further into smaller sub-bands. They’re each reserved for specific uses. Take a look at the picture again–the parts marked VLF, LF, MF, HF, etc.–those are bands.

Notice that UHF (300MHz – 3GHz) and SHF (3GHz – 30GHz) both have wifi listed. Each sub-band is then divided into channels… but we won’t dive any deeper than that here. You might be starting to get the picture now of what dual-band is referring to.

You see that wifi sits in both the UHF and the SHF bands, and you may wonder why. This is because the original technology developed for computer wifi was designed in the 2.4GHz sub-band of the UHF band.

So that’s where wifi started. But technology evolved. A new wireless communication protocol was created. Hardware was designed to work on the 5GHz sub-band, which is in the SHF band. While 5GHz has many advantages, there are still valid reasons, which we will discuss soon, to use the 2.4GHz band.

If you haven’t already figured it out, dual-band means that the wireless device can use either the 2.4GHz or the 5GHz frequencies. Dual-band routers are capable of providing networks on both bands at the same time. In other words, if you have a dual-band router in your house, you will be able to have two separate networks–one on each band.

The wifi adapter that your computer, phone, or tablet use will only connect to one of those networks at a time. If that adapter is dual-band, it can communicate on either 2.4GHz or 5GHz. However, it can’t communicate on both at the same time.

To sum this all up, dual-band simply means the device can operate on both existing bands. Your next question is most likely this: why would any devices need dual-band capability, especially if 5GHz is the more advanced technology and wireless protocol? Why not just use 5GHz? Great question.

If routers can broadcast on both bands, but our devices can only talk to them one at a time, what is the purpose of having dual-band? As technology stands today, there are at least three important reasons that we need dual-band capability. We’ll take a brief look at them here.

The primary reason that we want to have devices that are dual-band capable is for backward compatibility. If you set up a router in your home, there is a good chance one or more of your devices can only work on 2.4GHz. If not, you might have guests in your home with devices that are only capable of using 2.4GHz. There are still plenty of older networks out there that only have 2.4GHz available.

An abundance of wireless devices may cause overcrowding on either frequency location. The 2.4GHz band is also used by other radio devices like cordless landline phones, baby monitors, and intercom systems. The 5GHz group can also get overcrowded with desktop computers, laptops, phones, game systems, video streaming systems, and so on.

In addition, your neighbors may have network routers that are close enough to interfere with your signals. Overcrowding causes interference, which slows down networks, sometimes causing signals to be intermittently dropped. In short, it might create an unreliable network. Having dual-band allows you to spread your usage out if needed.

Although the 2.4GHz band uses an older protocol, it still works reliably and does have some advantages. I won’t go into the details of how radio signals work. But still, lower frequency signals can transmit at greater distances with more strength. They also have a better ability to pass through solid objects such as walls and floors.

The advantage of 5GHz is that it transmits at higher data speeds and accommodates more traffic with less interference. But it cannot travel as great a distance with the same signal strength, and it’s not as good at passing through walls and floors. It works best when the router and adapter have what is called “line of sight,” meaning they can see each other without any obstacles in their way.

This is not to say that 5GHz is no good. Most routers that operate on 5GHz use other technologies such as beamforming and MU-MIMO to get around some of those deficiencies while taking full advantage of its speed.

So, having both bands available allows you to choose the one that works best for your environment. If you’re connecting from a basement, for instance, and it’s far away from the router, 2.4GHz may work better for you. If you are in the same room as the router, 5GHz will give you a fast and reliable connection. In any case, dual-band gives you the option to select the one that will work the best for your particular device.

Hopefully, this helped you understand what dual-band wifi is, what it is used for, and why it can be an important feature for any wireless hardware.

As always, please let us know if you have any questions or comments.