Can You Have Wifi Without the Internet? 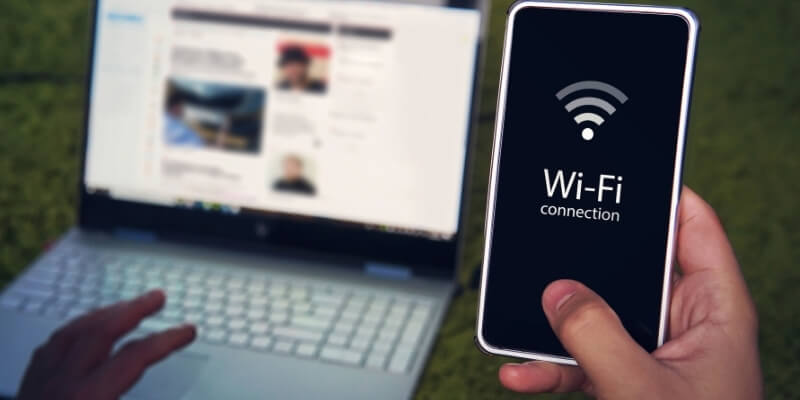 Can you have wifi without the internet? It’s a question I’m frequently asked.

Often, when I hear it, the person is really asking a different question. The questioner, in most cases, is getting his or her terms mixed up. There are so many when it comes to networking–wifi, Bluetooth, T1, hotspot, router, web, internet–that it might be easy to get confused.

So, before we answer that question, let’s define terms.

First: wifi. When we talk about wifi, we’re talking about the wireless signal you use to connect to a router. A router is basically just a walkie-talkie for your computer. It sends radio signals over wires that often go into the walls of your home or office, just like a phone line.

Sometimes, when people refer to wifi, they are actually referring to an Internet connection. They wonder why the web doesn’t work when they’re connected to a wifi signal. It’s important to remember that if you have a wifi signal, that doesn’t necessarily mean you have Internet access.

Other times, when people ask if you can have wifi without the internet, they’re wondering if you can get web access without paying an ISP, or Internet Service Provider.

Let’s take a look at the nitty-gritty. In this article, you’ll learn why and how of your wifi and internet connection.

A Network Without Internet

Wifi is the radio signal produced by a wireless router. That signal then connects to a network. The network gives you an Internet connection. When those three things–the wifi radio signal, the network, the internet–sync up, you’re in business. You can look at websites with your web browser, use social media apps, shop online, communicate using email or video chat, and more.

Confused yet? Don’t be; it’ll be clear in a second.

First, some history. Before the internet was around, we had plenty of computer networks in offices or even at home. They didn’t connect to the world wide web. They simply allowed multiple computers, often in the same building, to talk to each other and share or transfer files. These networks may not have been wireless (or wifi); they were connected with wires in most cases.

A wifi or wireless network is almost the same as a wired network. The difference? A wired network needs cables to connect each device, while a wifi network connects via radio.

So–can a wifi network be set up without an internet connection? Yes. Internet service is not needed for a wifi network to operate; you can network multiple devices together with a wifi radio signal. However, you can’t connect to the web.

Why create a wifi network that doesn’t connect to the internet? There are several reasons. You can access intranet websites, which are web pages that may be contained in your network.

Many companies use intranet websites that their employees can connect to for information, including human resources, time cards, training, policies and procedures, and more.

You can also connect to other computers, share and transfer files, and link devices such as printers, disk drives, and scanners.

Internet Without an ISP

As we have described above, wifi is the method of connecting to a network wirelessly. It’s not the internet. So, when I hear, “Can I have wifi without the Internet,” sometimes that question has another meaning. What the questioner truly wants to know is, can you connect to the internet without an ISP or internet service provider?

Before we start, let’s define some more terms. An ISP is a company that you purchase your internet service from. The ISP provides your service over a medium such as a telephone line, cable, fiber, or even satellite. This service is then connected to your wifi network, which gives you the ability to access the internet. So, can you access the internet without paying for your own service through an ISP?

The short answer is yes. Let’s take a look at how you can access the web without paying an internet service provider.

This is the most popular way to get internet access without paying for it. You can find public wifi with internet access at many coffee shops, retails stores, restaurants, libraries, hotels, and numerous other businesses. For some of them, you will need to get a password to login to their network.

This internet access might be free to you, but the person who owns the business still pays for the service.

While these free networks can be a great benefit to many, you should be very cautious when using them. Since they are public, you never know who will be on them snooping around. You probably don’t want to do your online banking at the public library.

This method is not advisable, but it might be an option for some. It’s sometimes possible to find a wifi network in your area or neighborhood that is not password protected. It’s easy to connect and start using it.

The problem? You’re using someone else’s bandwidth. It is a service that they are paying for; you could be slowing down or affecting their service. In a sense, this may be considered stealing. I can tell you that I frequently monitor my own network to ensure there are no unknown users.

If you need a high-speed connection and don’t want to use a public one, you might also see if your neighbor is willing to let you connect to their network.

If you don’t have a neighbor that you know well enough to ask, maybe you have a friend or family member you can visit to use their connection. If you feel bad about using someone else’s service, you can always offer to pay them a small amount or do something nice for them.

Many mobile carriers offer mobile hotspots devices or internet sticks that you can purchase. With these, you will need to buy the device and pay for the service, but you can connect anywhere that your carrier provides service. You may not get great signal strength depending on where you are, though, and your speed will be limited by the carrier.

Most service providers and phones allow you to tether your computer to your phone and use the data services that your cell phone company provides.

You are still paying for it through your phone service. If you’re stuck and need to get your computer connected, this is another way to do it. Your data speeds may be a little slower, but they are often good enough to surf the web and do most of the basics.

Can you have wifi without the internet? Yes.

But is that really the question you’re asking?

Do you mean, can you have a wifi network without an Internet connection? Yes.

Or do you mean, can you get the internet without an ISP? Yes.

Having a wifi network without the internet is possible. If you want the web without having your own wifi and internet service, you can have that. You’ll just have to sacrifice some of the convenience and security provided by a typical ISP.

Let us know any ideas you may have on wifi networks and internet connections. We would love to hear from you.