How to Open RAR Files on Mac? 10 Free Extractors That Still Work 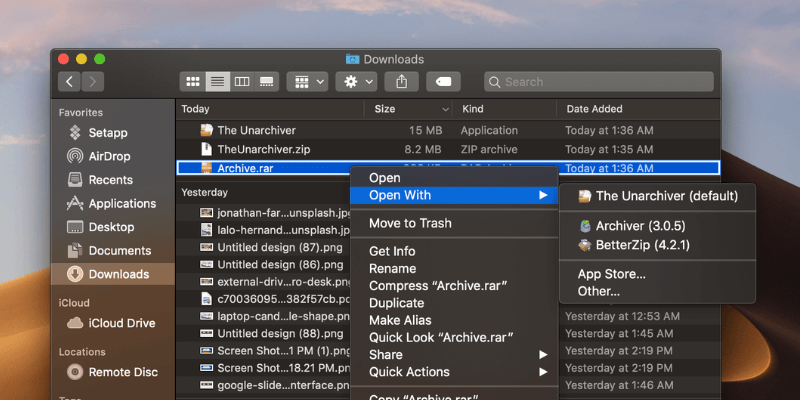 So you tried to open a .rar file you downloaded on the Internet, or received from a colleague/friend via email. Then you get a weird error on your Mac, because the file couldn’t be opened.

It’s really disappointing. I’ve been there many times, since I use my MacBook Pro to communicate with others who are probably on a PC. In fact, I also ran into the same problem when I switched from PC to Mac a few years ago.

Luckily, I managed to fix it with an amazing app called The Unarchiver, the best RAR extractor app for Mac. Plus, it’s still free. Meanwhile, I also tested dozens of other applications on my Mac, and filtered those that are 100% free and easy to use and you can read more below.

Hi there, Thanks for reading this article. It’s been two years since I first published this post. Things have changed a lot when it comes to unrar apps for Mac. I was hoping Apple macOS could add this feature to its built-in Archive Utility app, unfortunately, it seems that Apple macOS team doesn’t plan to do this. My MacBook Pro is now with the latest 10.13 High Sierra, and I have to rely on third-party apps to extract RAR files.

As for the best rar extractor app for Mac, the recommendation stays the same — The Unarchiver. It’s still free to download and use. However, it’s worth noting that the app has been acquired by MacPaw (the maker of CleanMyMac, an awesome Mac cleaning app) and is now part of the MacPaw family. You can read more from this press release.

Also, I just found a more powerful app called BetterZip 4 — which allows Mac users to not only extract many types of archives, but you can also use it to create archives or preview content of an archive without extracting. Those additional features are not available in The Unarchiver or Archive Utility. I recommend BetterZip to those of you who often need to handle a different kind of files on a PC and Mac. Note: BetterZip isn’t freeware ($24.95 for the paid version), but a free trial is offered. You can get BetterZip 4 from Setapp here.

What about the other apps listed below? I tried to check them now and then, just to make sure they’re usable and the information is accurate. But I find it so time-consuming because every year or so Apple releases a new version of macOS (to date, it’s High Sierra 10.13.2), those apps that fail to be updated often can’t run or malfunction. Therefore, I’d discourage you to check them out unless you are interested. That said, I’ll try my best to keep the content on this post as fresh as possible.

What is an RAR File?

RAR is a compressed file short for Roshal Archive; it’s a proprietary file format developed by Eugene Roshal, a genius software engineer. Simply put, a .rar file is like a big data container that holds a set of individual files and folders inside.

Why use RAR? Because it reduces the size of your files and folders while keeping all the content 100% intact. With a RAR, it’s much easier to store on removable media or transferred over the Internet.

According to this comparison image provided by Compression Ratings, RAR files achieve much higher compression, especially on multimedia files. They are also easier to split or to recover once corrupted than other alternatives like ZIP or 7Zip files. 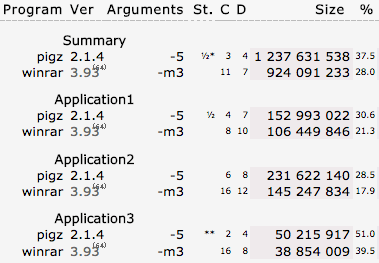 How to Open an RAR Archive on Mac?

Unlike other archive files, for example, a ZIP archive can be directly created or extracted by using the default function on Mac (here’s a tutorial), a RAR file can only be opened using third-party software…which, unfortunately, Apple hasn’t built into the Archive Utility, yet.

That’s why there are plenty of third-party applications available on the Internet that claim to be able to do that. Some are dated, while some require you to pay.

Thanks to those smart, yet kind developers, we have quite a lot of free options to get the job done without taking a penny out of the pocket. I’ve tested many and here are the 10 best free apps that still work.

Note: Some of the apps below are open source, and the authors accept donations. If you find the one you use is really awesome, kindly show your appreciation. Hundreds of hours were spent to make that product work well. 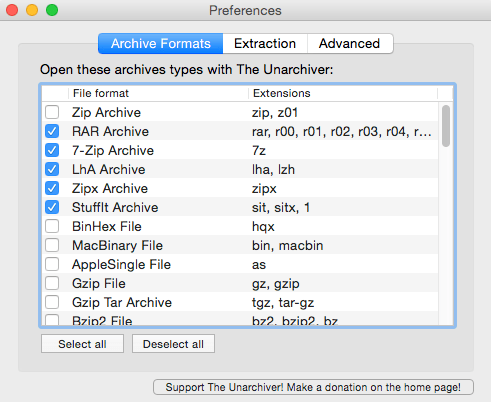 The Unarchiver is my favorite. Like the name indicates, it unpacks almost any archive instantly without launching the app. The app is very powerful, even does what the built-in Archive Utility can’t — extracts RAR archives. It also supports handling filenames in foreign character sets. 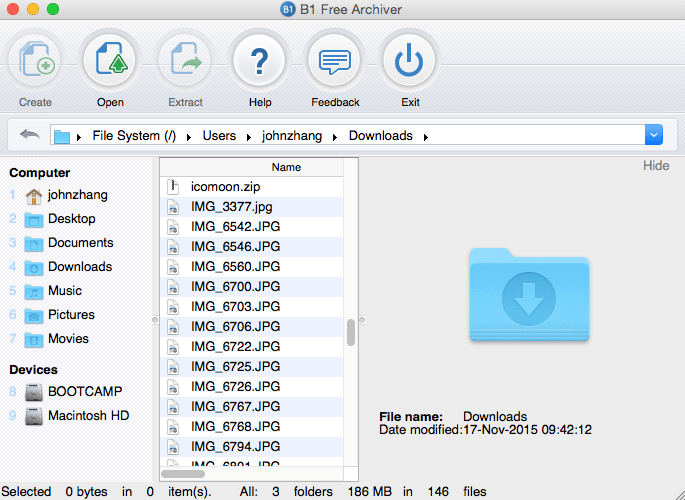 Another great open source app, the B1 Free Archiver serves as an all-in-one program for managing file archives. As you can see from the screenshot above, this tool allows you to create, open and extract archives. It opens .rar, .zip, and 35 other file formats. Besides Mac, there are also versions for Windows, Linux, and Android. 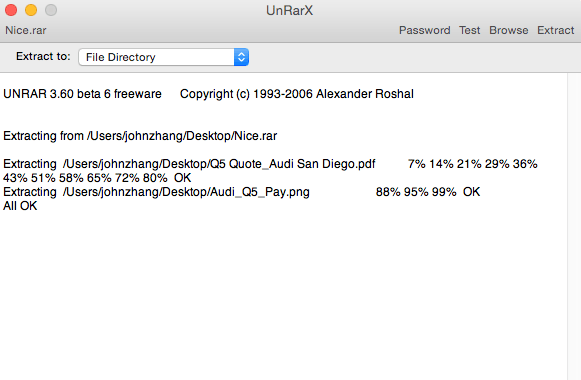 UnRarX is a simple utility designed to expand .rar files and restore corrupted or missing archives with .par and .par2 files. It has an extraction function as well. To do this, simply open the program, drag your archive files into the interface, and UnRarX will unpack the content to the specified destination.

StuffIt Expander for Mac allows you to uncompress both Zip and RAR archives. I found the app very easy to use. Once the program is installed, you should see an icon (as shown on the top of the above screenshot). Click on it. Next select the file, specify the destination to store your extracted files, and you’re done. 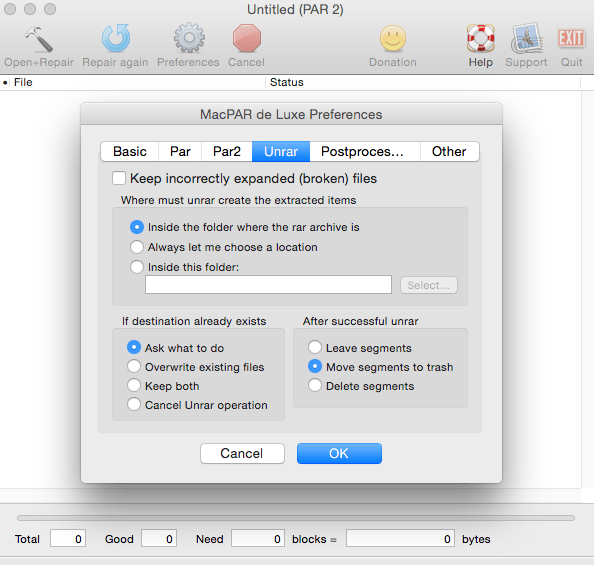 Another great tool that can open RAR files, and do a lot beyond! Originally developed to recover missing or corrupted information by processing “par” and “par2” files, MacPAR deLuxe is able to unpack the data with its built-in unrar engine. If you are a Macintosh user who frequently downloads or uploads binary files, then most likely you’ll love this utility program. You can get it from its official site here. 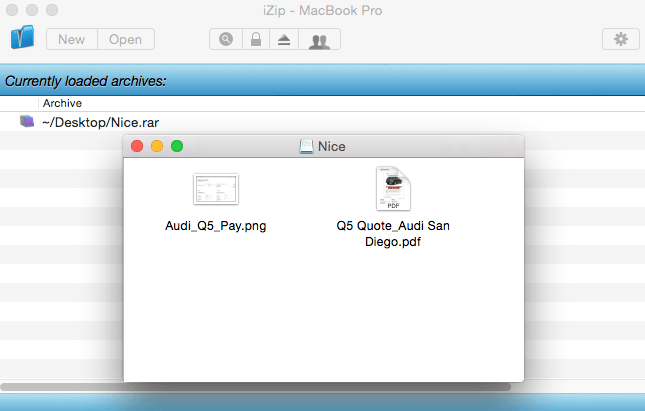 iZip is another powerful yet effective tool built from the ground up for Mac users to compress/decompress, secure, and share files easily. It supports all kinds of archive formats including RAR, ZIP, ZIPX, TAR, and 7ZIP. To unzip a file, just drag and drop it into the software main interface. Another window will pop up with the extracted files. Super fast! 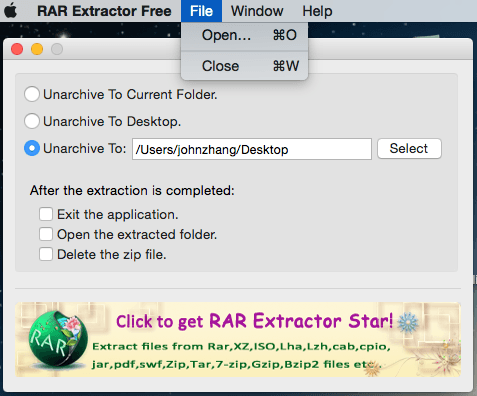 RAR Extractor Free is an app that specializes in extracting Rar, Zip, Tar, 7-zip, Gzip, Bzip2 files conveniently and safely. Once you download and launch the app, you’ll see a pop-up window that asks you to specify an “unarchive” location. To load your files, you’ll need to move to the top left and click “Open.” 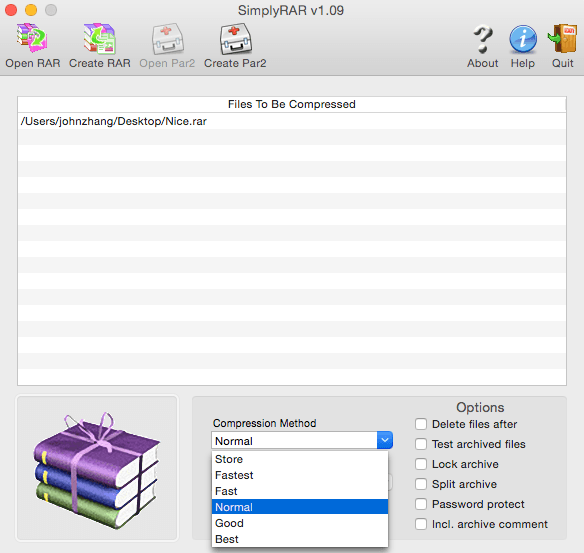 SimplyRAR is another awesome archiving app for Mac OS. As its name suggests, SimplyRAR is a simple to use program that makes archiving and unarchiving files a breeze. Open it by dropping the file into the application, choosing a compression method, and pulling the trigger. The downside of the app is that it will be difficult to get support from the developer, as it appears they’re no longer in business. 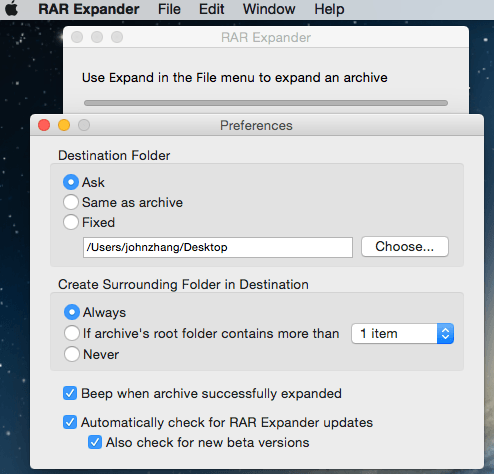 RAR Expander (Mac) is a clean GUI utility for creating and expanding RAR archives. It supports single, multi-part or password-protected archives. It also features AppleScript support and includes example scripts to help you handle multiple archives at once. 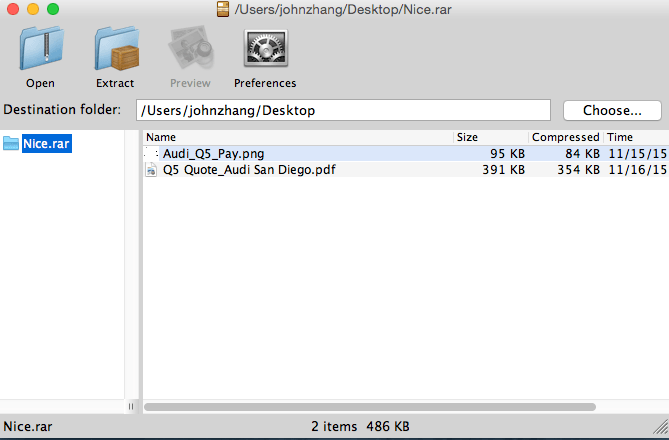 Zipeg is also handy yet free. What I really like is its ability to preview an entire file before extracting it. It also supports password protected and multipart files. Note: To open the software, you’ll need to install the legacy Java SE 6 runtime (see this Apple support article).

Does the recommended one help you extract or unzip your RAR files? Or do you find a better unarchiver app for Mac than the ones listed above? Let me know by leaving a quick comment below.